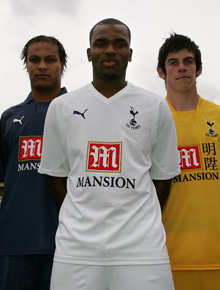 The arrival of a new manager usually causes a few worried looks around the training ground as players from the old regime wonder if they will have to make way for a new revolution.
Spursâ€™ new manager, Juande Ramos, ordered a double training session on his first day at the training ground where the beleaguered team was given the once over â€“ probably with a few question marks penciled in after names.
The club have already spent a fortune on new faces this season, even if it wasnâ€™t necessarily Martin Jol who wanted them there â€“ but the new manager has claimed that he has the boardâ€™s full backing to bring in new stars.
Since players with the calibre of Daniel Alves and Fredi Kanoute have been mentioned we assume that some existing members of the Spursâ€™ squad will be shortly handed their P45s.
With Spursâ€™ form so far this season there are very few players that can be guaranteed a stay and we reckon that underachievers like Paul Robinson, Younes Kaboul and even Darren Bent should be looking over their shoulders.
Which Spurs players do you think will be on their way out of White Hart Lane?