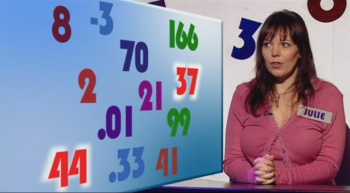 Number-based news from the mighty Tottenham Hotspur, via the club’s website:

“Following the closure of the summer transfer window, our four new arrivals – Sandro, William Gallas, Stipe Pletikosa and Rafael Van der Vaart – have been given squad numbers for the season.

Brazilian international midfielder Sandro arrived at the Club this week having won the Copa Libertadores with previous club Internacional a fortnight ago and will wear the number 30 shirt.

Experienced French defender Gallas joins us on a one-year contract and will wear the number 13 shirt.

Croatian goalkeeper Pletikosa arrives on a season-long loan from Spartak Moscow and will wear the number 37 jersey.

And the final arrival of the latest transfer window, Dutch international midfielder Van der Vaart, has been given the number 11 shirt.”

William Gallas No.13 (as he had at Chelsea)

That is all. COYS.