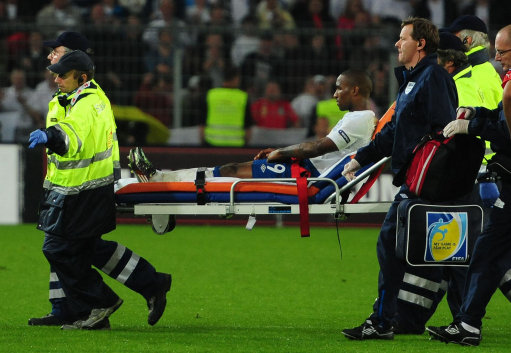 Tottenham striker Jermain Defoe has been ruled out for six weeks after scans revealed that he suffered ankle ligament damage during England’s 4-0 win over Bulgaria on Friday.

Defoe rolled his ankle awkwardly after prodding home his third goal of the evening and was visibly limping as he attempted to celebrate his hat-trick, and was swiftly substituted thereafter. He is now certain to miss the start of Spurs’ maiden Champions League campaign, and is also a major doubt for England’s next Euro 2012 qualifier against Montenegro on October 12th.