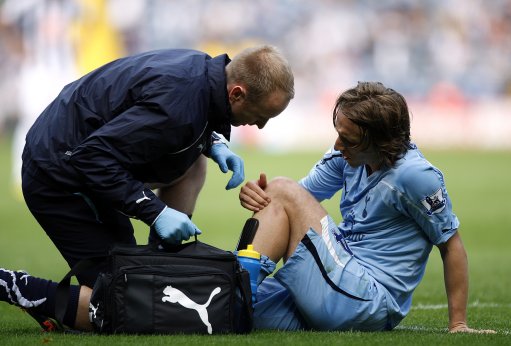 Tottenham have announced that midfielder Luka Modric is likely to travel as part of the squad to face Werder Bremen in the Champions League on Tuesday, after x-rays on a suspected broken leg came back clear.

Modric left the pitch on crutches after a challenge by West Brom’s Gonzalo Jara left him prostrate on the turf, but a statement on Spurs’ official website confirmed that the injury was not nearly as serious as first thought;

“Luka will travel with the squad for our opening Champions League group match at Werder Bremen on Tuesday after scans of his left fibula came back clear.

The Croatia international midfielder was forced off with the injury in the first half of Saturday’s draw at West Brom and will continue to be monitored prior to being made available for selection on Tuesday.”