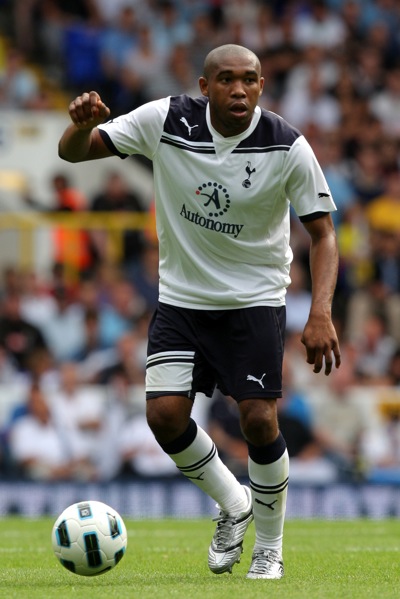 Many Tottenham fans, myself included, are mystified and concerned by the massive loss of form suffered by Wilson Palacios. After making an excellent start to his Spurs career, and one which really endeared him to the club’s fans, this season Palacios has played like a big old donkey – he’s missed too many tackles (he goes to ground way too easily), misplaced too many passes and been caught out of position way too often for a player who is tasked with protecting his more gifted team-mates. In short, even Jermaine Jenas looks like a better option right now.

So, much of the goodwill that Palacios banked with Spurs fans in those early months has now gone, and he’s in danger of going from cult hero to an unwanted man, with hardly a stop in between. I know some Spurs fans who want to ditch him at any cost, so bad has he played at times.

In Wilson’s defence, he has had to cope with – and still is dealing with it, no doubt – the emotional turmoil of seeing his teenage brother kidnapped and killed in his native Honduras. But that was more than a year ago, and in professional football, compassion lasts a matter of weeks.

Perhaps a spell out of the team – a proper sabbatical, even – would do Palacios the world of good? Anyway, I think it’s too early to write him off.