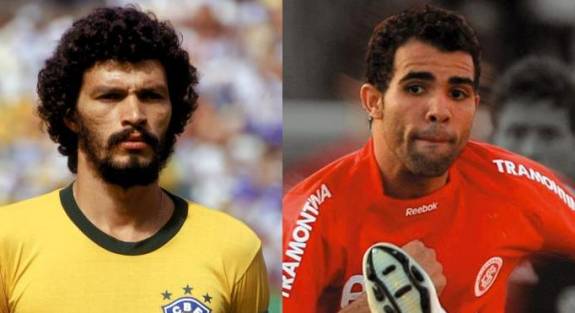 “He physically looks like Socrates. He runs like him. If he can play like him we’ll be all right. He does have that funny running action. There were two top Spanish clubs in for him. I couldn’t get to Brazil with us being in the situation last year where we were trying to finish in the top four. So [chief scout] Ian Broomfield went over.

We spoke to people in Brazil, we spoke to Dunga and they all said: ‘You’ve got a real good one there’. Ian saw him four times and he had no doubts. He raved about him. You don’t get into the Brazilian national squad if you’re a mug, do you?”

He’s not a Robinho. He’s a big lad, he gets around the pitch, he can tackle, he can pass it and play. He’s a box to box midfield player. Maybe an Abou Diaby-type from Arsenal. A big rangy type of player. A Patrick Vieira-type player perhaps.

He’s totally dedicated to his football. He’s not going to go off Samba dancing anywhere.”

Ah, just a little smidge of casual racism to top it all off. Triffic.