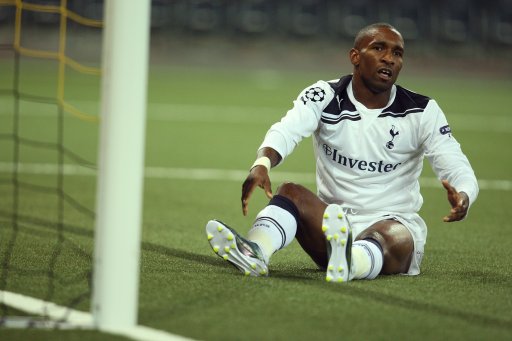 Tottenham are set to take on Dutch side FC Twente in the Champions League tonight, and striker Jermain Defoe is once again set to miss out on proceedings as he continues his recovery from the ankle injury he sustained whilst on international duty earlier this month.

However, regardless of his current state of crockery, 27-year-old Defoe has gone on record as saying he wants to finish up his career at Spurs – telling the Daily Mirror;

“Everything about the club tells you they are going in the right direction and I want to remain a part of that. We may have injuries but it says so much about the depth and the strength of our squad that we can still go into this game against Twente confident of our chances.

We have a manager in Harry Redknapp that has shown himself to be right up there with the best in the business.

You’d have to crazy not to want to stay a part of that. So yes, I want to stay for the rest of my career because I believe Tottenham will go on to establish themselves in the top four under Harry.”

How does five or six more years of ‘blast it the way you’re facing’ sound to the White Hart Lane faithful?