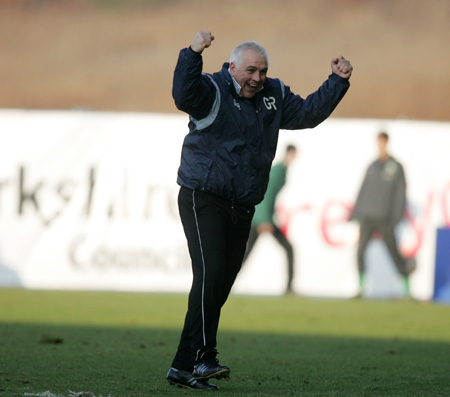 Much has been said about the lack of English managers and indeed players with foreign experience. However, in a bid to redress that imbalance, former Tottenham defender Graham Roberts has decided to go all the way to Pakistan to improve his coaching CV.

The tough-tackling star of Tottenham’s FA Cup and UEFA Cup-winning sides of the eighties, has accepted the job after initially signing a two-month deal for a consultancy role.

Roberts’ only previous managerial experience came with Yeovil Town and Clyde and he faces a rather big challenge in his new position, with Pakistan currently 162nd in the FIFA World Rankings.

Hopefully Roberts will bring with him a better understanding of the country’s religious and political history (not to mention a bit more tact) than he did in his time with Rangers in Scotland.