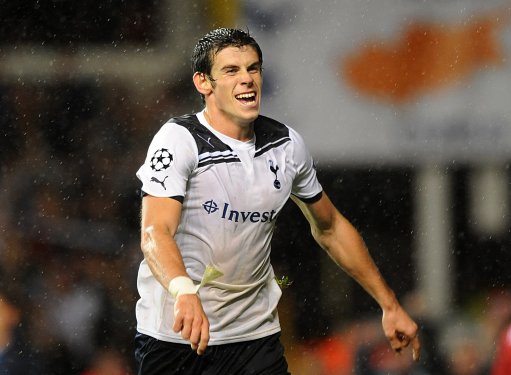 Tottenham’s hat-trick hero of t’other night, Gareth Bale, has been told that he’d walk into the current Brazil side by non other than Pele himself Spurs’ ‘keeper Heurelho Gomes – who currently plays second fiddle to Julio Cesar betwixt the Selecao‘s sticks.

“Gareth looks a bit Brazilian in the way he plays. I think he could get in the Brazil national team, he is playing so well.

Gareth is on fire. His three goals against Inter were unbelievable and if he had got his hat-trick a little bit sooner, I think we would have got a fourth!”

Who is Brazil’s current left-back anyway? Is it still that diddy fella with the thighs as thick as Christmas ham hocks?