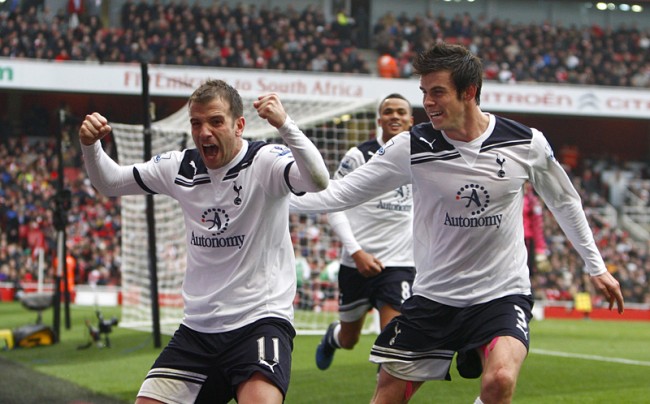 Van der Vaart didn’t train this morning. Instead he went for a scan on a bruised ankle.

Bale, meanwhile, picked up a shoulder injury in Saturday’s frankly DVD-tastic derby at the Emirates.

Harry Redknapp seems optimistic about Bale’s chances of being fit for the crucial group game, but conceded that Van der Vaart is “struggling”.

“Obviously, he’d be a big loss to us – he’s been in great form,” Redknapp said of the Dutch playmaker.

“[But] Jermain Defoe’s coming back as well, so that’s a big bonus for us. Whether I start him or bring him off the bench, he’ll play a part in the game for sure.”