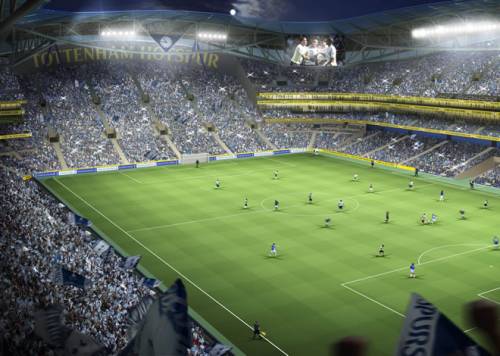 The windswept, bumbling fop that is Boris Johnson (who somehow currently presides as the Mayor of London) has seen fit to approve Tottenham’s plans to redevelop White Hart Lane into a 56,000 capacity stadium by turning the current North Stand around and building out into the vacant car-park situated directly behind it.

The plans have already been green-lighted by Haringey Council, but Johnson retained the power to overturn the issuing of planning permission.

However, the Mayor has now chosen to back the council, which means that the £450 million ‘Northumberland Park’ redevelopment (to give it it’s proper title) of White Hart Lane can now press ahead unless the government decide to intervene.

Makes you wonder what all that bleedin’ kerfuffle over trying to nab the Olympic Stadium was all about, now don’t it?