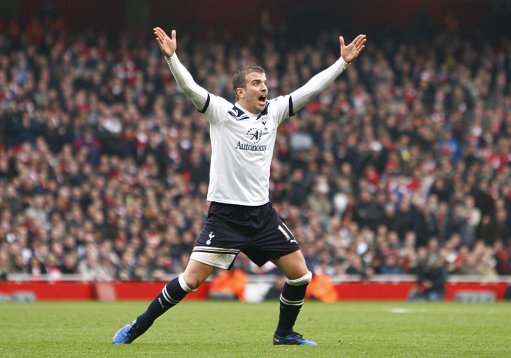 Tottenham have confirmed that influential gadabout Rafael van der Vaart will be out of action for at least a month after tearing his hamstring against Liverpool on Sunday afternoon.

Van der Vaart limped off after just 12 minutes of the game after ‘feeling it go’ whilst attempting a fairly innocuous-looking backheel. Spurs also lost Younes Kaboul in the same game, with the defender injuring a hip later on in the proceedings.

“Rafa felt it tear, so that doesn’t look too good. It looks like four weeks [out]. Younes felt he might have torn a muscle in his hip. He felt that go.

“It’s so disappointing for Rafa. He keeps picking up little injuries. It’s probably because he’s missed a pre-season or was away at the World Cup and not played many games.

“When your fitness is a bit low it’s hard to get up to speed. He keeps getting little nicks.”

Liverpool defender Jamie Carragher also dislocated his shoulder during the tie (an injury which manager Roy Hodgson rather ominously described as being ‘very bad’ at the time) and is thought to be facing at least six weeks on the sidelines – three months if the joint needs pinning.