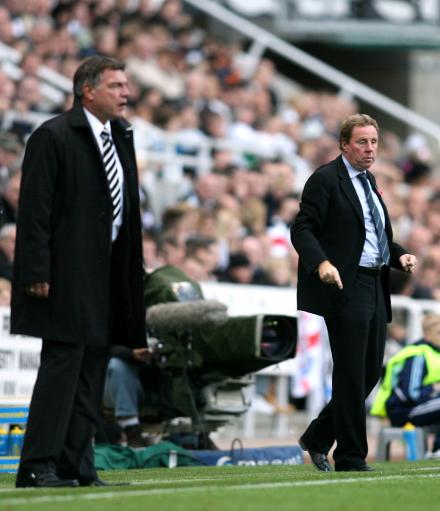 Speaking at the launch of the FA’s new ‘Grassroots’ coaching bible last night, England manager Fabio Capello – when pressed for the names of the English managers he thought could step into his wake come 2012 – blurted out those of Tottenham boss Henry James Redknapp and ‘Big’ Samuel Allardyce of Blackburn Rovers.

“In this moment Allardyce and Redknapp are doing very well because they have different players, they have good style and get results with them.

“It is important for a coach to understand which type of players they manage and find the best style.”

It’s perhaps worth mentioning at this point that the aforementioned Mr Allardyce was also present at the Wembley conference, as was Spurs striker Peter Crouch – a man with whom Mr Redknapp has undoubtedly become well acquainted with over the years.

Anywho, it seems to be a fairly dead-cert that one of these two jokers will be taking over the reigns from Capello when the veteran Italian vacates the England post in just under two-year’s time.

Doesn’t that just make you cry a bit inside?