Spurs racing car to compete against other European football clubs 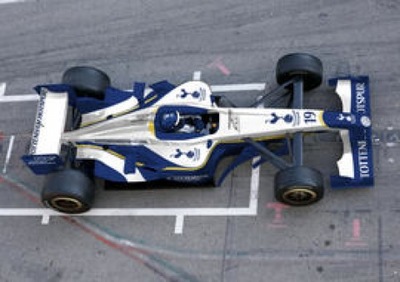 Tottenham Hotspur are the first Premier League club to sign up to compete in the new Superleague Formula racing series. Spurs will line up alongside teams such as AC Milan, PSV Eindhoven, Sevilla and Glasgow Rangers.
“England was one of the final pieces of the Superleague Formula puzzle we had to complete,” said Superleague Formula President Alex Andreu. “Tottenham Hotspur is one of the most talented and entertaining football teams in the Premier League and I hope their racing team will show similar qualities on the track.”
Shame there’s no Arsenal car, eh – that’s a motorsport derby we would pay to see.
The 750bhp, V12-powered cars make their debut at Donington Park on August 30-31.
[Grid Crasher]