The horror, the horror! 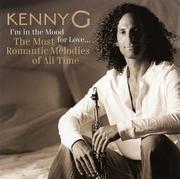 Things that make you go…Â eeurgh, that’s put me right off my dinner, No.1:
On Monday, Glenn Hoddle was spotted at a Kenny G (the G stands for Git, as in “Talentless Git”) concert at the Royal Albert Hall.
If you can think of a more horrific combination of pop star and footballer, we’d like to hear it. Unfortunately, because Pies 2.0 is still being tweaked by design monkeys, you can’t comment directly, but you can send me an email with your suggestion and I might just publish a list of the best ones. The same goes for any tips, hints etc. Drop me a line, and let me know what filling you’d like to see in the new Pies.
EDITED: A mole I have in the Hoddle camp messaged me with this nugget:
“Re: Glenn Hoddle going to a Kenny G gig. Twelve years ago when he invited Gazza into his hotel room to tell him he had failed to make the [England] squad, the record playing in the background was by… Kenny G. Little wonder Gascoigne flipped.”
Tremendous.