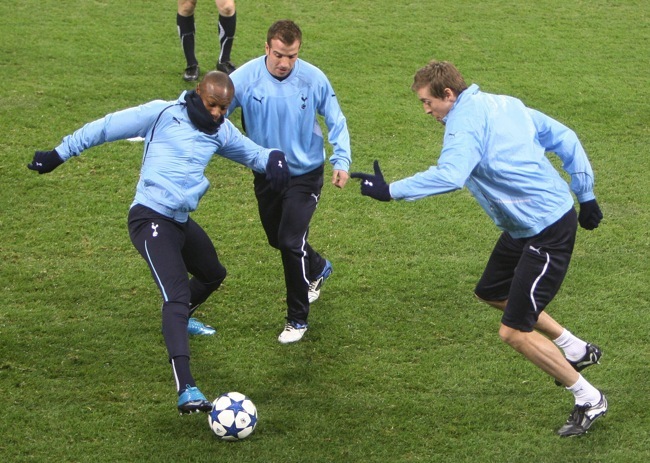 Spurs will be minus Gareth Bale, who hasn’t recovered from a niggling back injury. Given Bale scored a hat-trick the last time he played in the San Siro, it’s a substantial loss. At least Van der Vaart has been passed fit, but I guess midfield dynamo Luka Modric (getting over appendicitis) will probably start on the bench.