Everton played in their purple charity kit last night at Spurs, but it didn’t help them, as they looked very jaded – but then this was their third match in six days, and they have a stack of injuries, so you can’t blame them. (Stat attack: Everton have now lost 10 of their last 11 fourth-round ties in the League Cup. Ouch.)

Tottenham did more than enough to win – Tom Huddlestone and Robbie Keane scored the goals – with David Bentley catching the eye in a rare start. Perhaps Bentos has done enough time on the naughty step now?

Someone who didn’t catch the eye was Roman Pavlyuchenko – he played like the donkey that he undoubtedly is. I honestly don’t know why so many Yids seem to rate him, as he’s greatly inferior to Darren Bent (I said that before the season started, btw); every single time I’ve watched the bumbling Russian play, he’s looked like the sort of striker who needs a dozen chances to score one goal. Sell. Him. Arry. 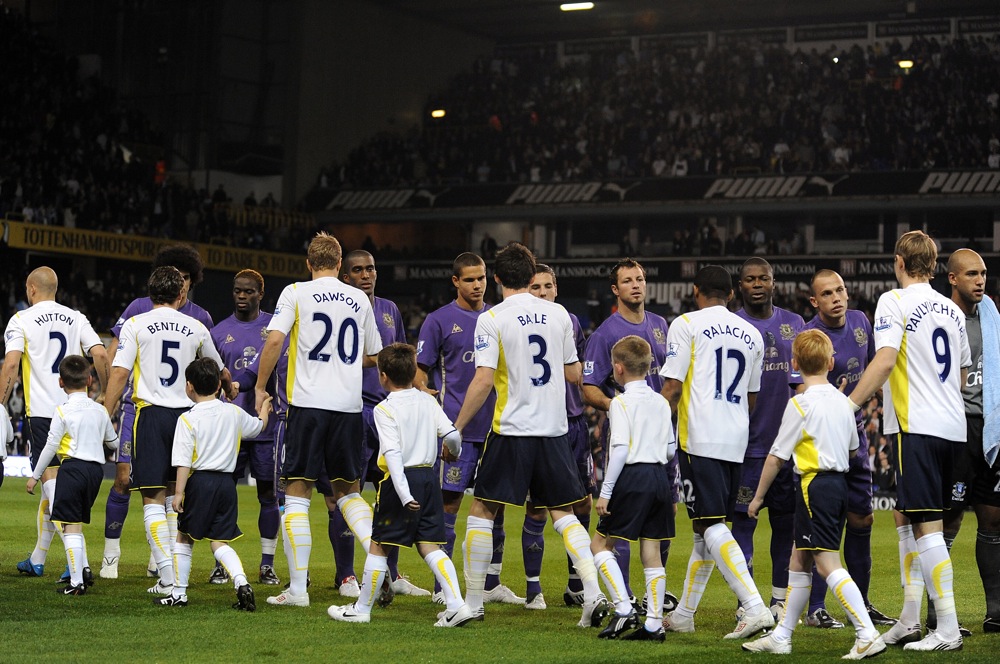 Tottenham Hotspur and Everton players shake hands before kick off