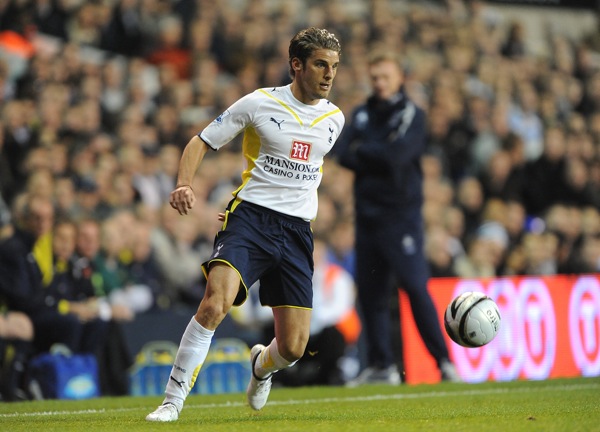 Some choice quotes from Arry’s column in the Current Bun today:

“There’s no doubt Bentley has balls – plenty of ’em – and his performance during our 2-0 Carling Cup win on Tuesday night was worth its weight in gold.”

“A lot of people also have completely the wrong idea of what he is like to deal with. I can tell you he is a decent lad. Sure he’s a good-looking young man and has talent in shedloads but he is not the flash Herbert some try to make him out to be.”

Would you want your boss discussing you in such a frank way, in one of the best-selling newspapers in the world? I know I wouldn’t.

And as a Spurs fan, I can’t agree with Redknapp telling the world that Bentley will start on Saturday, in a game of huge importance – yes, Arsene Wenger might have guessed as much, but I think it’s unprofessional; Wenger wouldn’t do it, Rafa wouldn’t do it, Fergie wouldn’t do it.

Tottenham pay Redknapp to manage the club, not to give away tasty snippets of team news in his newspaper column. Sort it out, Arry.