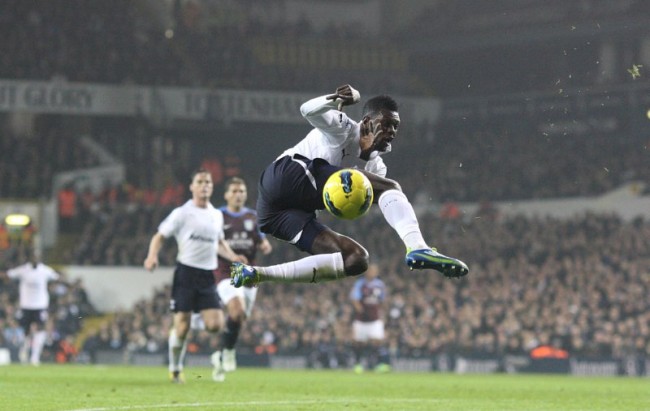 With ‘Arry back on the bench after his taxing surgery lay-off, Emmanuel Adebayor struck twice from close-range in the first-half to give Tottenham a comfortable win over Aston Villa at the Lane last night and spirit them up to third in the Premier League pile – leading Redknapp to announce his designs on winning the title this year after the game, ‘a real possibility’ to use his exact words.

Obviously the anaesthetic hasn’t properly worn off quite yet.

Not to be too disparaging, but Villa – who are yet to win away this season – were dire for the most part (the possession stat tells you all you need to know: 71% – 29%). Spurs ran them ragged in the first-half and Villa looked to be staring down the barrel of a Monday night tonking until Eck battened down the hatches after the break and played out the two-nothing as an exercise in damage limitation.

Still, there’s only Manchester United, Liverpool, Arsenal and Chelsea to come before the end of the year for Villa. Nothing to worry about there then.