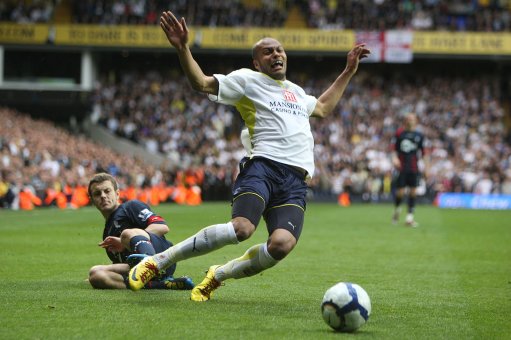 Not expected to be back in action until the new year, Arsenal’s crocked young schemer Jack Wilshere has been filling his extended spare time by messing around Twitter. After Tottenham’s 2-0 win over Aston Villa on Monday night, the young England man indulged in a bit of good-natured repartee (I refuse to use the word ‘banter’) on Twitter with Spurs fans which lead to Wilshere promising to donate £3,000 to charity if the Lilywhites finish above the Gunners in the table at the end of the season.

Wilshere’s boss Arsene Wenger is happy with the bet, saying: “Jack made a contest. The good thing about that is that a charity will get some money.”

It’s a nice idea, but ‘only’ three grand? How much does young Jack earn a week again?