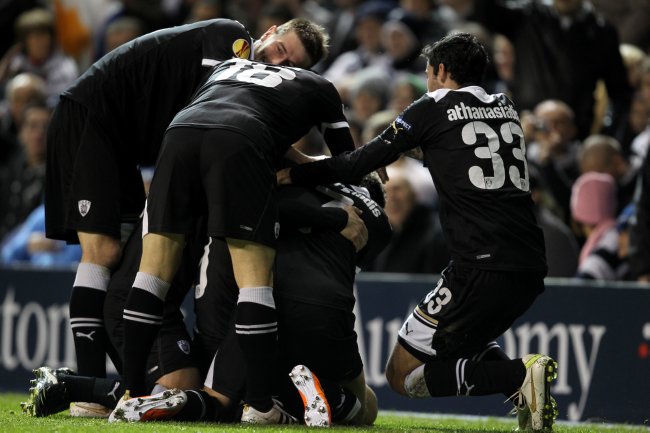 PAOK? Powak? Pork? Pay-ock? I don’t care how you pronounce it, I bloody love the little buggers. Last night, like Shirley Valentine before me, eleven men from Salonika stole my heart. They’ve even replaced AEK Argos as my favourite Greek club and let me tell you, that took some doing.

I am, of course, referring to their collective balls-to-the-wall performance against Tottenham in the Europa League at White Hart Lane last night. PAOK went 2-0 up inside 13 minutes, were (wrongly, in my opinion) shorn of a man five minutes before half-time when 17-year old Kostas Stafylidis was sent off for ‘handling’ the ball on the goal-line, saw themselves pegged back at 2-1 by Luka Modric from the resultant penalty and then…if you’ll excuse the duff pun…defended like Gods.

What followed was an entire 45+ minutes of valiant, last-ditch, body-on-the-line blocking and harassing. Roared on by a stand full of incredible fans, the entire second half felt like a manic stoppage time siege. 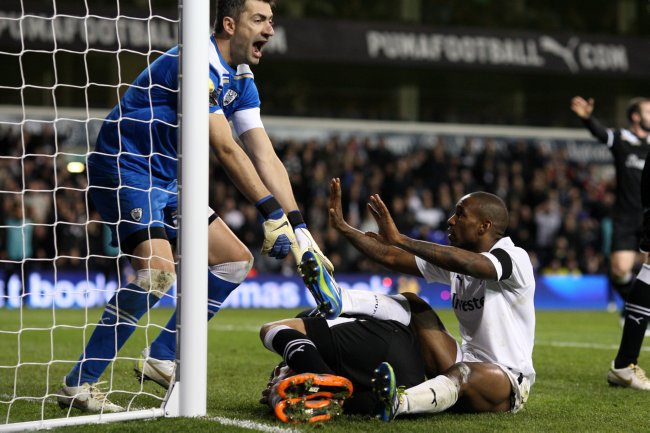 It did look like Spurs had spoilt the fun and forced themselves an equaliser at one point when Jermain Defoe put on his best ‘butter wouldn’t melt…’ face to roll home a shot after pole-axing PAOK defender Pablo Contreras with a nasty, accidental thigh-studding ten seconds previous.

Referee Bas Nijhuis dallied, appeared to give the goal a couple of times, conversed with his assistants at length and then ruled it out for the foul – which was just about the right decision (it was a horrible challenge), even if the journey to get there was more than a little suspect.

Of course, the Spurs contingent that actually give a monkey’s about the Europa League will no doubt be peeved about PAOK’s resolute, unflinching lack of attacking ambition as ‘Arry’s side now teeter on the brink of being knocked out (they’re chasing something like a six-goal swing in the final round of games), but the ten-man away side had no obligation to open up and let Tottenham play their football.They would’ve been slaughtered and they knew it.

Instead PAOK solidified, congealed and battened down the hatches like proper minnows used to and…I never thought I’d hear myself say this…played some of the best, most panicky and fantastically entertaining anti-football I’ve seen in a long time.