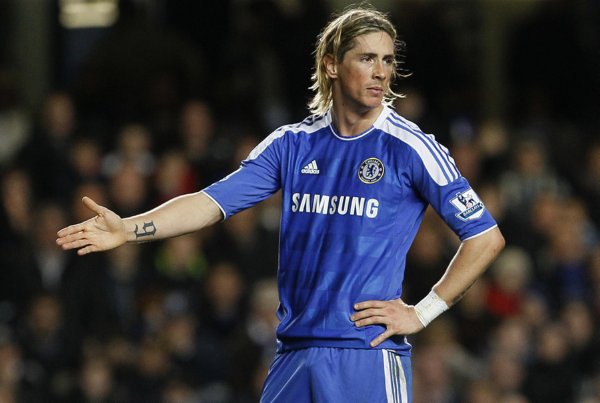 Not that we’re giving it much credence, but word in the Daily Mail this morning is that Chelsea are prepared to listen to offers for Fernando Torres come January in a bid to cut their losses as £50 million’s worth of doleful Spaniard slips ever-further down the pecking order at Stamford Bridge.

As can be expected with these kind of things, there’s no official word from Chelsea themselves, just an ‘understanding’ that Roman Abramovich is willing to let Nando go on his way should any club be willing to stump up £20 million and match the striker’s £150,000-a-week wages. Would anyone be willing to take that gamble?

The explosive, unplayable Fernando Torres of 2007/09 is long gone and it’s my belief that he ain’t coming back – Rafa Benitez’ over-reliance on him has pretty much put paid to that – but it’s fair to say that, despite having lost his ‘world class edge’, Torres is still a very good forward. Restored of confidence and played regularly in the right system, you’re still looking at a 15+ goal-a-season man with the wind behind him. Hell, he was looking decent this season until Daniel Sturridge started looking that bit more decent-er.

Given today’s hyper-inflated prices, £20 million represents a bit of a snip for a man with proven (if dormant) kwality and, if that really is Cheslea’s going rate, you’d have to wager that someone will dip their bread. Dare I mention that Liverpool are in need a striker? Could you just imagine?

What say you folks? Reckon Nando’s still worth £20 million of anybody’s money? Will he be on his way in January? And if so, where do you see him pitching up?