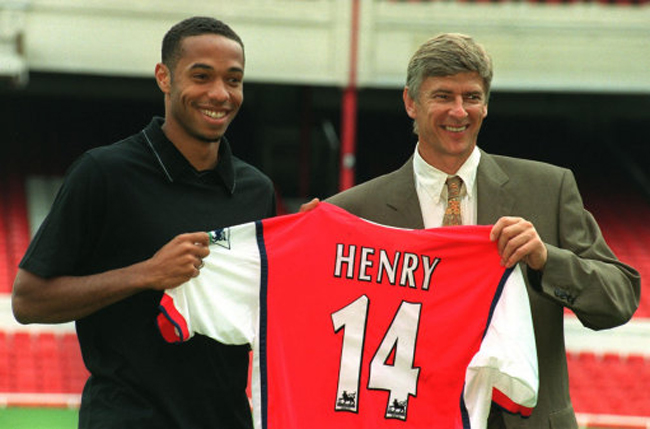 Arsenal’s lack of an alternative cutting edge to Robin van Persie was once again evident in their 1-1 draw with Wolves at the Emirates on Tuesday. While the home side peppered the Wolves’ goal with shots in that game, they couldn’t find a way past Wayne Hennessey. And if Van Persie can’t score, there are precious few other players in the Gunners’ squad who can step up to the plate and deliver when needed, with Marouane Chamakh looking lost, Park Chu-Young rarely seen at all, Gervinho and Theo Walcott better at setting up chances than putting them away and Andrei Arshavin contributing little.

While the likes of Lukas Podolski have been linked with a January move to the Emirates for a reported £20million, the name of one Thierry Henry had been linked once again to Arsenal ever since his tearful appearance at the unveiling of his bronze statue outside the Arsenal stadium. And now, the loan deal looks set to happen.

It will only be a short-term deal, until the MLS season kicks it and he returns to New York in a couple of months, but the question remains – will Henry still be able to make an impact for the Gunners, or will it be another cheap-as-chips Wenger buy which will only provide his side with a temporary fix rather than the necessary big-money attacking solution?

I, for one, say go the whole hog and bring back Christopher Wreh as well.