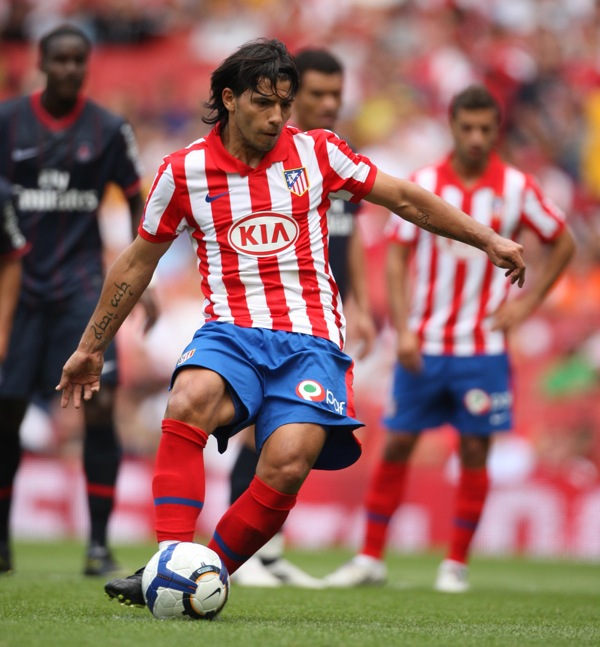 The Telegraph reports that Diego Maradona’s son-in-law, aka Sergio Aguero, is very close to signing for Chelsea in the winter transfer window.

Atletico have finally agreed to sell their star player, and with Chelsea willing to pay up to £50m for the Argentine forward – though they will push for a £40m fee – it seems inevitable now that the deal will happen, something that looked rather unlikely a few weeks ago, before the club’s transfer embargo was suspended.

Chelsea’s reps are set to meet Aguero’s agent on Monday.

Pies says: There’s no doubt that Aguero is one of the most gifted ball-players in the world, but with Didier Drogba and Nicolas Anelka in such brilliant form, I wonder where Kun would fit in to Chelsea’s formation – perhaps at the tip of Carlo Ancelotti’s shiny diamond, just behind the front two? Anyway, with Drogba off to the African Cup of Nations for up to six weeks, Aguero would probably start his Chelsea career up front alongside Le Sulk. That could work.

What do you make of this rumour?