‘Twas a bit of a slow one yesterday as anyone who spent 11-and-a-bit hours ‘glued’ to the live feed will tell you, with the total spending across the English leagues failing to surpass the £50 million that Chelsea spaffed on Fernando Torres this time last year – let alone the ludicrous £225 million that was spent in total in January of 2011.

There’s not an awful lot to go at vis-a-vis blockbuster moves, but we thought we’d give all of yesterday’s transfer comings and goings the once over – starting with the five best deals to go through in our eyes… 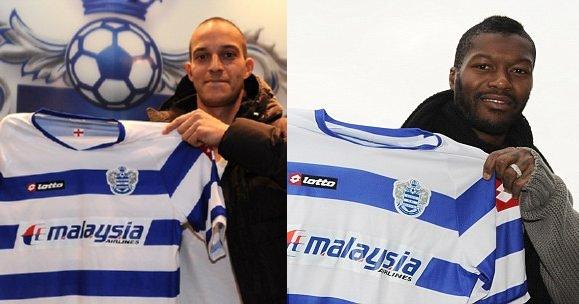 4. Sotoris Krygiakos, Wolfsburg to Sunderland, loan: A grizzled, hard-working centre-back that provides a very real threat from set-pieces, playing in a side with Seb Larsson on deadball duties? What’s not to like? Sure to become a fans’ favourite, just as he did at Liverpool.

3. Seb Bassong, Tottenham to Wolves, loan: While he isn’t the man to keep Wolves in the Premier League, Bassong is an adept centre-half desperate to prove his worth. You get the feeling that he could’ve joined a much better-placed side either here or abroad, so it stands to reason that Wolves have pulled off a bit of a coup here.

2. Nikica Jelavic, Rangers to Everton, £5.5 million: I still have my reservations over Jelavic in so far as was ‘free-scoring’…but in the SPL (that added caveat is a bitch) but signing a confident, in-form striker in January is just what Everton needed to do and seeing as though they’ve basically just reinvested the £5 million they recouped for Diniyar Bilyaletdinov – a disenfranchised bench-warmer at best – it’s not a bad little ‘swap’. Getting Steven Pienaar back on loan wasn’t bad business either!

1. Bobby Zamora/Djibril Cisse, Fulham/Lazio to QPR, £8 million: Mark Hughes has gone out and pinched himself a brand-new, Premier League-standard ‘big man, little man’ strike force that is almost certain to work. With Zamora holding and linking and Cisse legging it around like a scalded cock, I foresee goals – important goals. Poor old Heidar Helguson, eh?

And the five worst… 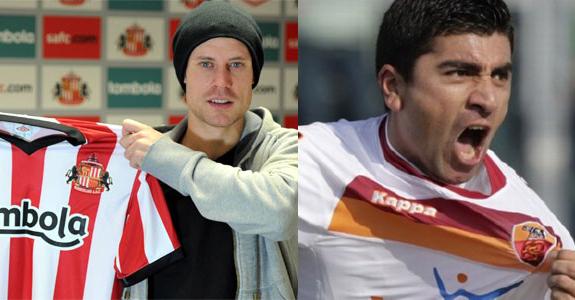 5. Louis Saha, Everton to Tottenham, loan: “If he can keep himself fit…yadda, yadda, yadda…”. History tells us repeatedly that he can’t.

4. Pavel Pogrebnyak, Stuttgart to Fulham, £3 million: Apparently the Russian striker has been told he’ll have to “bulk up like a beast” by Martin Jol if he’s going to get on in England. Bearing in mind Pog’s reported to have only joined Fulham on an initial six-month contract, how long will that take precisely?

3. Ravel Morrison, Manchester United to West Ham, £600,000: The English Taarabt, i.e, an imploding star waiting to happen at a club where he’ll be surrounded by leeches as soon as you like. In short, if he was going to straighten himself out anywhere, it would’ve been United. As someone (apologies, I don’t remember who it was) put it on Twitter yesterday: “Morrison? Walking around East London? With money in his pocket? What could possibly go wrong?”. A small-scale Apocalypse, that’s what could go wrong.

2. David Pizarro, Roma to Manchester City, loan: I could’ve got excited about Pizarro coming to the Premier League a few years ago. A wily, deep-lying playmaker with an eye for the magnificent – but he wasn’t getting in Luis Enrique’s Roma side for a reason: He’s almost completely immobile these days. We predict a couple of run-outs in the Europa League before he toddles back to Italy in the summer.

1. Wayne Bridge, Manchester City to Sunderland, loan: Pray tell, when is spending any money on former footballer Wayne Bridge ever a good idea?

Any other transfers catch you’re eye yesterday for one reason or another? Here’s the full deadline day list (blatantly copy-and-pasted from the BBC) for you to peruse to your heart’s content…