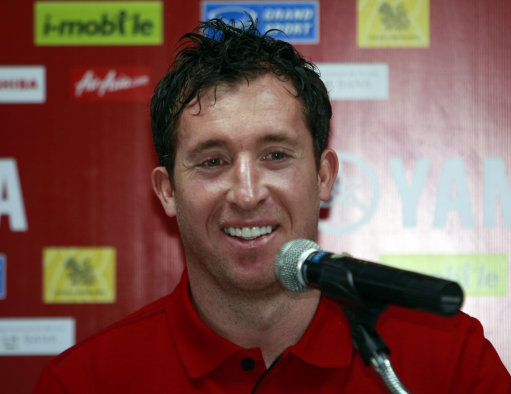 As you may be aware, God has been by the seaside these past few weeks, as Robbie Fowler has been training with Blackpool with his eyes firmly set on securing a permanent deal with the Championship club. Well, that deal has materialised, but Fowler is having none of it – chiefly as it will see him earn a flat weekly wage of just £90.

The Daily Mail reported this morning that the 36-year-old had turned down an offer of a short-term contract consisting of a basic £100 weekly wage with a £5,000 appearance bonus lumped on top, though Fowler revealed that it was actually a full tenner less via his Twitter account:

Fowler also added that he’d have to play a full 90 minutes to receive the appearance bonus which, given that’s he’s been running on fumes for at least the last five years, seems like a bit of a stretch.

Blackpool boss Ian Holloway went on record as saying that he’d be disappointed if Fowler didn’t sign on after a fortnight using the club’s facilities:

“Unless we can get things done and a deal done [for Fowler] in a slightly different way, then he won’t be coming. If it doesn’t happen, I’ll be disappointed, but such is life.”

Look! Look at your God now!