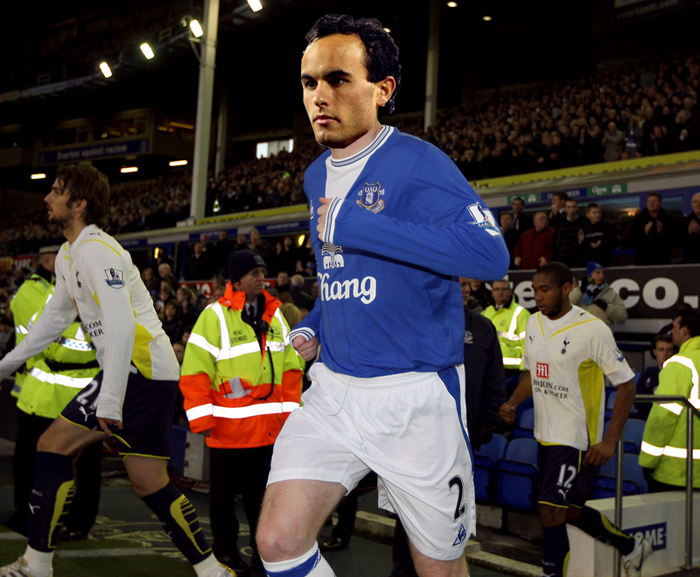 I might have guessed that Tony Hibbert – the whitest man in football – was not a good body on which to attach Lando’s tanned head. But you get the idea

Landon Donovan, the darling of US soccerball, is set to join national team-mate Tim Howard at Everton. So says the Express, which claims LA Galaxy star Donovan could join the Toffees on a loan deal in January.

This actually makes some sense. With the World Cup on the horizon, and MLS not due to start up again until the spring, Donovan will be kicking his heels for a few months unless he comes to Europe. And where better to pick up a career-threatening knee injury find out more about his country’s first opponents at the 2010 World Cup than in the Premier League.

Everton could sure use some fresh blood too. Be interested to see where this one goes…

UPDATED: Looks like this rumour is actually TRUE. Landon is going to Everton on a three-month deal. Interesting deal. He should do a lot better in England than he fared in Germany – he speaks the same language and will have T-Ho in the dressing room.