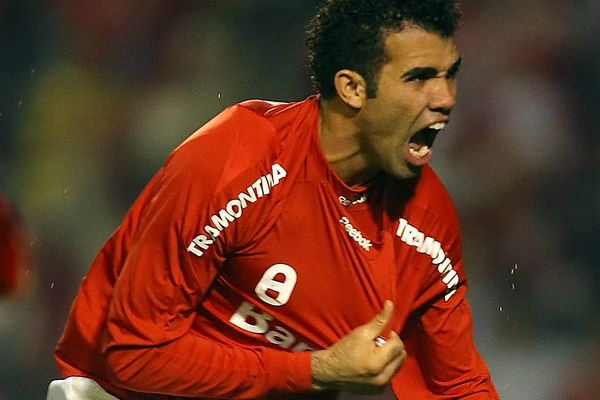 Brazilian midfielder Sandro is set to move from Internacional to Tottenham Hotspur in January, subject to a medical.

According to reports, the player arrived in London yesterday to undergo a series of health checks.

The fee involved is expected to be in the region of £7 million.

So what do we know about Sandro? Well, he’s 20 years old, he’s big (6ft 1in) and athletic, but as you’d expect of a Brazilian, he’s also very good on the ball. In some ways he reminds me of Arsenal’s Denilson, only more raw, more powerful and more destructive – tackling is his strong point, with the emphasis on ‘strong’.

He’s also a massive fan favourite at Internacional and I’m sure Spurs fans would take to him just as they have with Wilson Palacios. He’s the type of combative midfielder Spurs have lacked in recent years, so I hope the move comes off. If it does, it could spell the end of Jermaine Jenas in a Tottenham shirt. No bad thing.