Hello 2010. Hello readers. Pies is back in the saddle, a couple of pounds heavier (thanks poutine) but no less motivated. So, no messing, first up this year we have some breaky news for you. Arsenal fans, prepare to weep into your Fair Trade muesli… 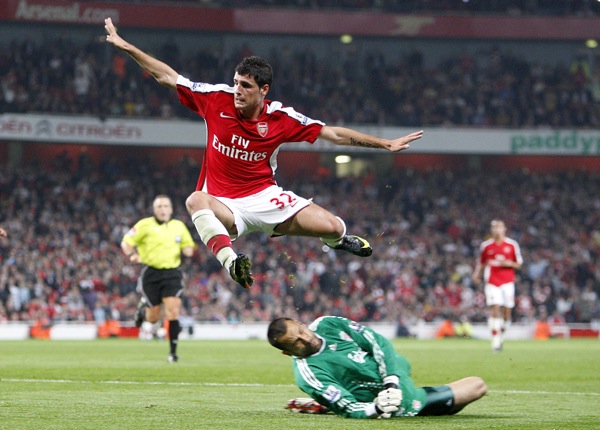 My Spanish is sketchy at best – I can say “Dos cervezas por favor” in a reasonably convincing accent – but even I can understand the latest headline in Spanish rag AS, which announces with some confidence that Arsenal midfield starlet Fran Merida has signed for Atletico Madrid (the club he supported as a kid).

This sucks for the Gunners as Merida, 19, looks a shit-hot prospect.

Merida will join Atletico at the start of next season on a five-year contract.

And another one slips away.

Oh, incidentally, last night I had a dream in which England went 4-0 up against the USA in their opener at the World Cup. Michael Owen scored the first two, then Wayne Rooney, then I scored the fourth. What a way to start the year!

PS. If you like Pies, would you please do me the favour of 1) Following us on Twitter, and 2) Telling your friends how awesomely tasty Pies is. Muchos gracias (see, I can speak fluent Spanish really).