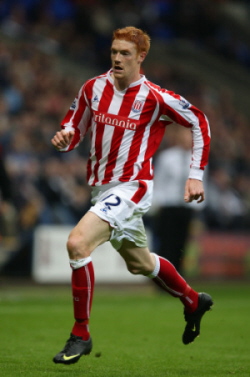 What a dashing young man

Reports in the papers today suggest that Celtic manager Tony Mowbray is lining up a loan move for Stoke striker Dave Kitson, which would see the player move north of the border until the end of the season.

The striker moved from Reading to Stoke in 2008 for a club record fee of £5.5 million but has struggled to regain the form he had showed at his former club during their two-year stay in the Premier League, form which supposedly had him on the verge of England selection.

A long goal drought has meant that Kitson has fallen down the pecking order at The Britannia and he has already been loaned out twice during his time there, initially back to Reading in 2008/09 and to Middlesbrough earlier this season. It was at Boro’ that ex-Bhoys boss Gordon Strachan is said to have whet Kitson’s whistle (so to speak) with tales of the promised land – well… Glasgow.

I’ve always thought Kitson was a decent enough player and I remember backing him for a call-up way back when. A move to Celtic could be the kick-start his career needs, and at 29, he can’t really afford to leave it any longer.

He’s got to be better than Giorgos Samaras, surely?!