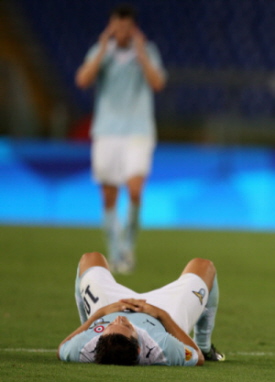 Rumour No.1: Hot off the press this morning is the rumour that Arsene Wenger is reportedly set to blow the lion’s share, if not all, of his January budget on a £35 million swoop for Lazio talisman Mauro Zarate. The Arsenal manager was said to be interested in signing the Argentine hotshot after his spell on loan at Birmingham City during the tail end of the 07/08 season but the young forward chose a move to Serie A instead.

If the transfer does go ahead, the fee would eclipse The Gunners’ previous club record, which stands at the £15 million used to bring Andrei Arshavin in from Russian side Zenit St. Petersburg.

Zarate’s agent has allegedly confirmed that contact has been made by one of Arsenal’s chief executives regarding the availability of ‘Lotito’ as the London club desperately try to add to their attacking options following the injuries to Robin Van Persie and Nicklas Bendtner. The Biancocelesti forward is said to be tired of his situation at Lazio, with the team currently underacheiving in the Italian league and he believes a move away from the Rome club would be the best course of action.

At 22, Zarate is undoubtedly one of the hottest prospects in European football and is already capable of match-winning moments of inspiration. He is strong, skilful and proficient in front of goal, traits that must surely be sparking Wenger’s interest. He is, however, known to be temperamental and a £35 million fee – way more than the player is worth, to be honest – would surely price him out of a move to the usually shrewd London club. 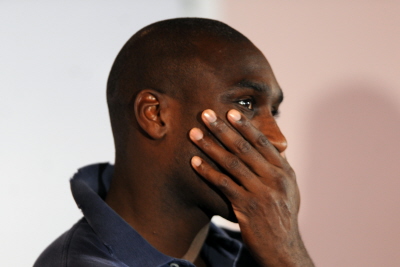 Regrets, I had a few…

Rumour No.2: In other North London news, Sol Campbell is being touted for a shock move back to Arsenal [again] but only if Arsene Wenger can offload Philippe Senderos as the Swiss international seems to have played his last game for The Gunners after being frozen out of the first team. With Bayern Munich, Atletico Madrid and Getafe emerging as potential suitors it shouldn’t be too hard for Senderos to find employment elsewhere.

The 35 year old ex-England defender has been training with Arsenal of late after he famously quit Notts County after one game earlier in the season. Wenger is looking to secure Campbell’s name on a short-term deal to provide cover for William Gallas and Thomas Vermaelen until the end of the season.

Again, I’m not sure about this one but stranger things have happened in football (mostly to Sol Campbell). Could he still hack it at Arsenal? Or would they be wise investing a bit of money in a younger model?