The summer window is just beginning to tease us with seductive hints of madness; Esteban Granero signing a four-year deal QPR, £8 million for Jordan Rhodes, Berba’s AWOL about-face in Florence, etc, and so, to help foster the spirit of unhinged lunacy, we thought we’d have a look back at some of the strangest ‘why the hell did anyone think that was going to be a good idea?’ transfer deals ever to come to fruition.

With a mahoosive doff of the cap to the fine chaps over at In Bed With Maradona for green-lighting us to mercilessly plunder their idea, here’s a tensome of transfers that had us involuntarily spitting our Cheerios across the living room in days gone by… 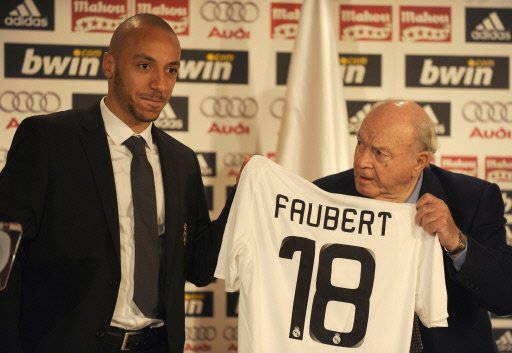 1. Julien Faubert, West Ham to Real Madrid, 2009: Despite the French wingback enduring a pretty unremarkable spell at the Boleyn, Juande Ramos took Faubert on loan in January of 2009 for rest of season with an option to buy him in the summer tacked on for good measure.

Faubert’s five months at the Bernabeu went exactly how you’d expect: He made just two appearances, missed training once after mistakenly thinking he’d been given the day off and capped things off by famously falling asleep on the substitute’s bench during a game against Villarreal. Unsurprisingly, Madrid never did take up that option of a permanent deal. 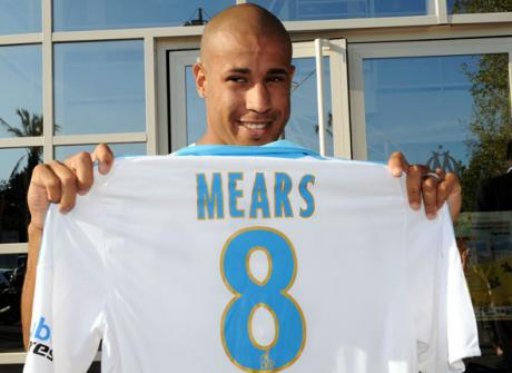 2. Tyrone Mears, Derby to Marseille, 2008: Having impressed up to a point at Derby, right-back Mears was invited to go on trial at Marseille during the summer of 2008. As any sane fellow would, he promptly flew out to the south of France to train with L’OM, the only problem being that he neglected to tell anyone at Derby, let alone manager Paul Jewell – indeed, football folklore has it that Mears had to sneak past Jewell and into Derby’s training HQ through an open window to collect his boots.

Having been fined six weeks’ wages and being told he wasn’t welcome back at Derby by a seething Jewell, Mears joined Marseille in August, though didn’t play his first game for the French side until late January – going on to make six more appearances (thanks largely to an injury sustained by first choice right-back Lauren Bonnart in March) before returning to England and signing on with Burnley. 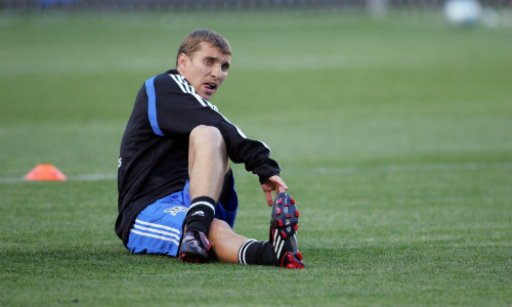 3. Ronnie O’Brien – Middlesbrough to Juventus, 1999: Signed by Boro on a wave of promise after winning the European U17s Championships in an Ireland side featuring the likes of Damien Duff, Richard Dunne and Robbie Keane, O’Brien managed very little in the way of first-team football during his two seasons on Teeside and was released back into the wild in the summer of 1999.

Aged 20 and with almost no senior experience, in swept Juventus with the offer of a five-year deal. Yep. It still beggars belief. O’Brien played approximately zero times for the Old Lady and was repeatedly loaned out around Italy’s lower leagues, Switzerland and Scotland (with Dundee United) before his contract was mulched in 2002. What followed was a fairly successful six years in the MLS and a sentimental place on almost every Juve fan’s ‘worst signings ever’ list. 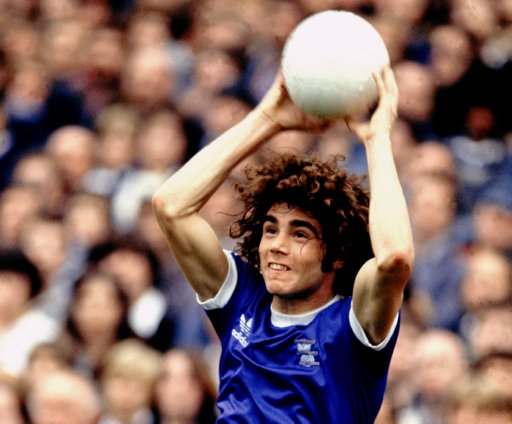 4. Alberto Tarantini, Boca Juniors to Birmingham, 1978: Strictly speaking, Tarantini was clubless when he joined Birmingham having fallen out with the Boca management over a new contract shortly before the ’78 World Cup. After a few impressive performances at left-back for Argentina in Argentina, he was duly snaffled up by Jim Smith out of the blue for the sum of £295,000 in the same summer that compatriots Ricky Villa and Ossie Ardilles joined Tottenham.

The initial lustre of having signed a World Cup winner soon wore thin as Tarantini’s discipline proved a problem – culminating in him knocking out Manchester United striker Brian Greenhoff by punching him in the chin behind the referee’s back and infamously ending his 23-game Birmingham career (who later went on to be relegated) by wading into the terraces to slap one of his own fans. 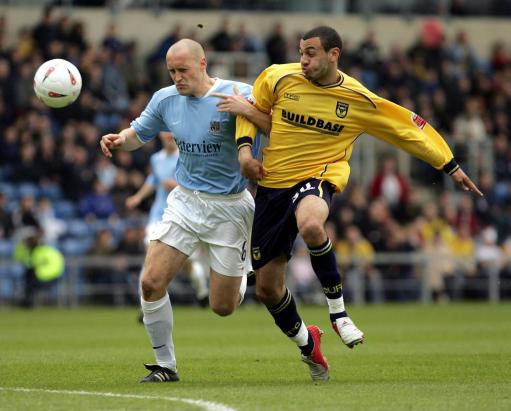 5. Craig Davies, Oxford United to Hellas Verona, 2006: Having represented Wales at youth level for the preceding four years and being frustrated at being out of favour at League Two side Oxford United, 20-year old striker Davies moved to Hellas Verona (becoming Britain’s sole representative in Italian football in the process) during the January transfer window in the belief that it would boost his chances of getting a full call up.

As is usually the case with British players abroad, it didn’t go to plan – Davies was plagued by homesickness, struggled to gel with his new teammates, struggled for fitness, under-performed woefully and, as such, made precisely zero appearances for the Serie B club before schlepping back to England, signing with Wolves just six months after leaving for Verona. 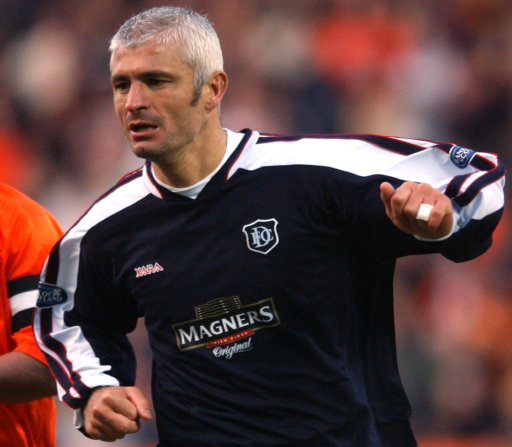 6. Fabrizio Ravanelli, Unattached to Dundee, 2003: Never averse to an odd career move, Ravanelli left Derby after they were relegated from the Premier League in 2002 and made the executive decision to sign for SPL side Dundee – who themselves had pulled off the shock signing of Claudio Caniggia the season before.

The White Feather played just five times (scoring three goals) for The Dee before financial wobbles meant they were forced into hemorrhaging all their highest-paid players; Ravanelli, it possibly won’t shock you to find, was one of them. 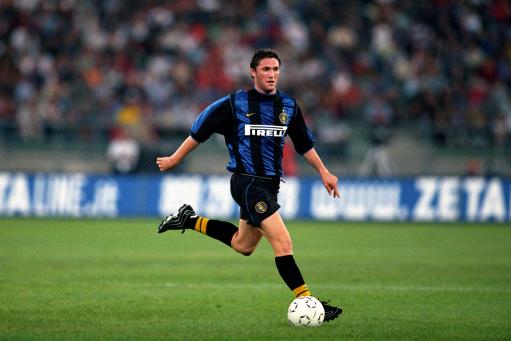 7. Robbie Keane, Coventry to Inter Milan, 2000: From Coventry to Inter Milan, eh? It’s not exactly a well-worn path. With a burgeoning reputation as a diamond in the rough fostered at both Wolves and Coventry, Marcello Lippi spent £13 million on landing 20-year old Keane, only to be sacked almost immediately thereafter. Whether the two instances were related or not, we couldn’t possibly say.

Keane went on to don the Nerazzurri 14 times, scoring thrice, but ultimately failing to convince Lippi’s successor, Marco Tardelli that he was up to scratch. Keane returned to England on loan with Leeds in December of 2000, just six short months after moving out to Italy in the first place. 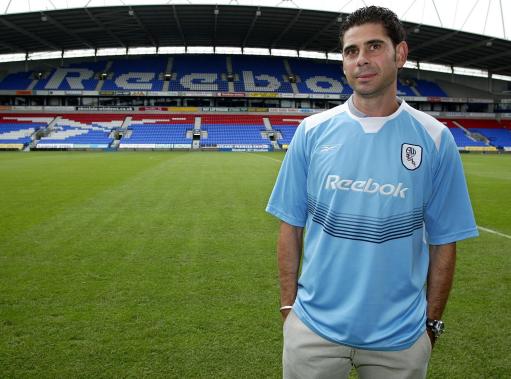 8. Fernando Hierro, Al Rayyan to Bolton, 2004: One of the most elegant centre-halves of all time, Hierro left Real Madrid after nearly 500 appearances and 14 years of peerless service to pursue a lucrative semi-retirement in the Middle East – though, aged 35, he was coaxed into returning to Europe after just one year in Dubai, to Bolton specifically, by former Madrid teammates Steve McManaman and Ivan Campo (who was playing for the Trotters at the time). With all due respect, seeing Bolton added to Hierro’s CV was the equivalent of smearing a mucky finger across the bottom of the Turin Shroud.

As part of the late 90s dream team that he’d assembled at the Reebok, Sam Allardyce got one more fairly decent season out Hierro’s knackered legs and begged him to sign a further one-year deal, but the Spaniard decided there was only so much playing alongside Tal Ben Haim he could take and retired from the game in the summer of 2005. 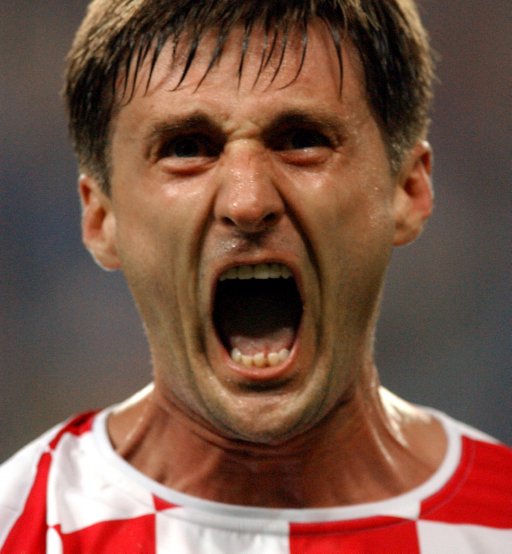 9. Robert Jarni, Real Betis to Coventry to Real Madrid, 1998: Having represented Real Betis and Croatia with distinction for a good few years, the time had come for Jarni to join Real Madrid in the summer of 1998 following a series of majestic performances at France ’98, but there was one small-yet-critical detail that was hampering the move: Betis had absolutely no intention of selling their prize left-back to Madrid. None. Zippo. Zilch.

Thank goodness then that Coventry City were perfectly (allegedly) willing to act as a patsy on Madrid’s behalf – with the deal going down as follows: Coventry paid Betis £2.6 million to sign Jarni and then miraculously agreed to sell him on to Madrid upon them lodging a £3.4 million bid (a nice bit of profit you see?) without the Croatian ever playing ‘game one’ for the Sky Blues – though he did have the good grace to turn up and watch a pre-season friendly against Espanyol.

The official line was that Jarni’s wife was unhappy with having to live in Coventry, which is entirely plausible to be fair, but *cough bullshit cough* doubts still *cough terrible bullshit cought* remain. 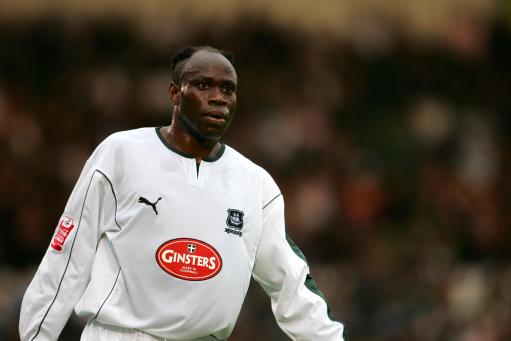 10. Taribo West, Al Arabhi-Doha to Plymouth Argyle, 2005: The man with the hair like braided asparagus certainly got about a fair bit over the course of his career; representing the likes of Inter Milan, Auxerre, Derby County and Partizan Belgrade among many others, but his four games for Plymouth still somehow manage to stand out as an anomaly.

West retired from football in 2008 after a three-month spell in Iran with Paykan in which he failed to appear once for the club, and has since taken up evangelical preaching and announced earlier this year that he was planning to run for the Nigerian presidency.