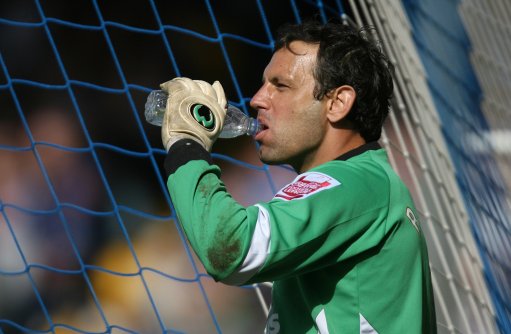 Feels so Wright, it can’t be wrong

During each and every window there is at least one signing that raises an eyebrow, a deal that takes us outside our footballing comfort zone. Be it Michael Owen’s move to Manchester United or Bayern Munich deciding to recruit Dale Jennings from Tranmere, clubs will continue to upset our notion of the footballing norm. The latest installment being Manchester City’s signing of Richard Wright.

Wright left Preston last month after a week at Deepdale, during which he had declared himself homesick. The former England goalkeeper has made just 68 league appearances in five seasons, all but ten of which were in a two year spell at home-town club Ipswich, who released him earlier this summer. His move to the Premier League champions, therefore, looked at best a questionable decision and not far removed from madness.

But Manchester City are not a tinpot club, and their Head of Football Administration, Brian Marwood, the man largely responsible for the purchasing of players, is not an idiot. So, after allowing the laughs of the mocking social media crowd to die down, surely there must be a logic behind the move? 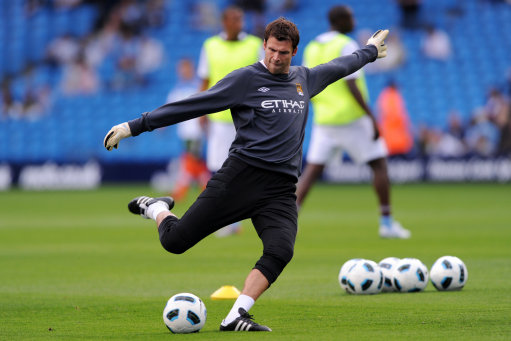 Stuart Taylor, seen here auditioning for a role further up the pitch

Firstly, Manchester City needed to name three goalkeepers within their 25-man named first team squad for Premier League games. After the mutual departure of Stuart Taylor at the end of last season, the club were left with Joe Hart and Costel Pantilimon, alongside further reserve and academy keepers. Should Hart or Pantilimon sustain any injury City need a body on the bench, this much is clear. The club could invoke the ‘Emergency Goalkeeper Loan’ clause with the Premier League’s 25-man squad rule, but a permanent signing is clearly the preference.

On this basis, City will then have decided exactly the ideal traits of a new third-choice goalkeeper. Logically, it makes sense for their back-up to fall into one of two categories: they should either be so young that they are prepared to simply gain experience through representing their club in the new U21 and U18 reserve leagues, or of a sufficient age that they are simply content to see out the remaining days of their footballing life doing little of competitive note.

There is negligible point having an adept goalkeeper at his peak as second or third choice, because with such attributes they will immediately wish to move to pastures new where they can establish themselves as the No. 1 A second (let alone third) choice goalkeeper will enjoy significantly less playing time than a fourth choice striker. Manchester City themselves experienced such a scenario with Shay Given, and QPR are presumably about to with Rob Green.

If Joe Hart does sustain a significant injury, then City will look for a meaningful replacement, but the goalkeeper is not a position in which stockpiling is preferable. Spurs are soon to learn such a lesson. 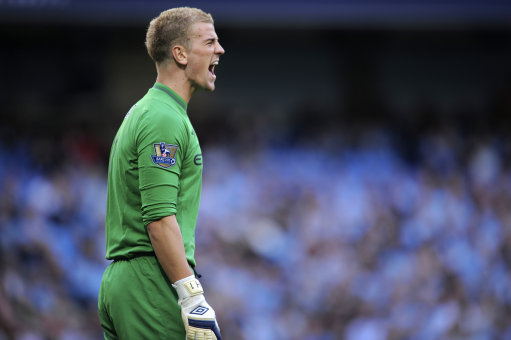 You got a lotta Hart kid, and balls like Space Hoppers

Manchester City are also a club proud to allow Joe Hart to be their main man, without feeling the necessity to supply him with meaningful competition. Whereas Liverpool have been criticised for allowing Pepe Reina to potentially become complacent through a lack of alternative options, this is not the case at Eastlands. Over the last two seasons Joe Hart has developed into one of the world’s top goalkeepers, and is just 25.

Reina, meanwhile, has slowly allowed the confidence in his talents to erode, and is 30, whilst both Jose Ochotorena and Xavi Valero have left Anfield, goalkeeping coaches with which Reina had built significant and meaningful relationships.

City already have young keepers within their academy system. Sixteen-year-old Angus Gunn (son of former Norwich stopper and manager Bryan) is a regular within England youth squads, and is already consistently appearing for the club’s U18 side, and therefore the decision was taken to recruit experience. The hope is that a recruit such as 34-year-old Wright would be used if necessary, but in the large part act in a quasi-coaching role, passing on his experience to the rawer talents present.

But as a Champions League club and Premier League champions, why did City not attempt to attract an ageing option from abroad? Why didn’t they approach Craig Gordon, Manuel Almunia or even Dida? Put simply, Wright is English.

The aforementioned 25-man-squad rule dictates that at least eight of these 25 players must be home-grown in England or Wales, so why hamper your squad selection by retaining a foreign goalkeeper such as Faroese stopper Gunnar Nielsen (or any of the above three names), when the individual is so unlikely to be required that their selection becomes almost unnecessary? 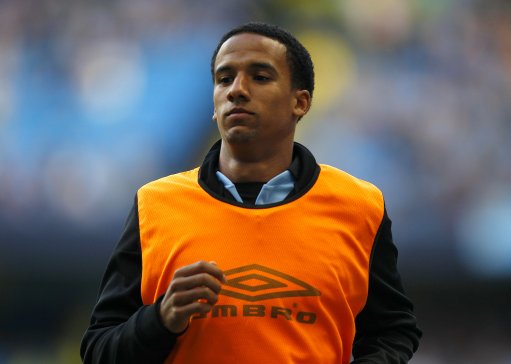 Before Wright was signed Manchester City had just seven home-grown players within their first team squad (although Scott Sinclair was later added), hitting the magic number eight. The club are incredibly lucky to have a home-grown first-choice goalkeeper, and only West Brom, Norwich and Southampton currently share that characteristic in the Premier League. Why would City waste this opportunity for an additional foreign outfielder by having both second and third choice goalkeepers that failed to assist with the quota? One only has to look at Spurs (four goalkeepers named, all foreign) to see the extremest of examples.

So once the club decide on the requirement for an English experienced goalkeeper that isn’t expecting to challenge for a starting position (and indeed sees any playing time as a bonus), with the added necessity that their wage demands are not high enough to cause any Financial Fair Play headache (Lord knows City have a sufficient number of them), the potential pool becomes something of a puddle.

Wright’s signing is still surprising, given his immediate history, but it shouldn’t really provoke a response akin to the reaction you’d give a horse sashaying into your lounge wearing a gold lamé waistcoat and tie. In fact, given the situation and short nature of the contract, there are hints of a symbiotic relationship between both club and player – and there are countless other transfers that fall markedly short of that yardstick.

Daniel is a fellow Nottingham Forest fan and freelance football journalist by trade, currently writing for Football365 and Off The Post among others. You can follow the blighter on Twitter @danielstorey85, but we’d request that you do try and keep the lewd advances to a minimum.