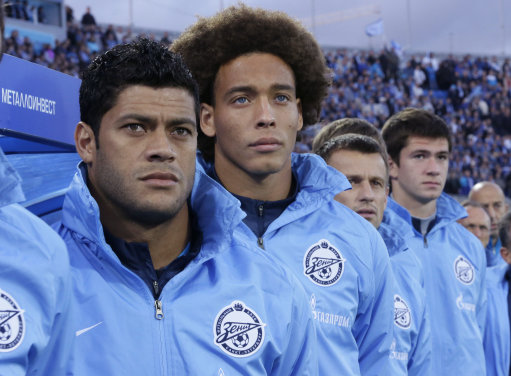 A week after two prominent members of the first-team were busted down to train with the reserves for having the temerity to raise questions over the very same issue, a fake bomb has reportedly been discovered at Zenit St. Peterburg’s training complex and is believed to be a protest over new signing Hulk’s overly meaty pay packet.

The Russian media are reporting that the device was left in a bag at the training ground on Friday morning, along with several photos of Hulk and a scrawled message that read: “Hulk out!”, which we’re guessing wasn’t an open request for the Brazilian to go on the fritz, flex his stocky frame, turn green and then tear a pair of tiny purple shorts with his rippling thighs.

“We’re not denying this story but won’t comment either,” a Zenit spokesman said.

Hope that clears that up.