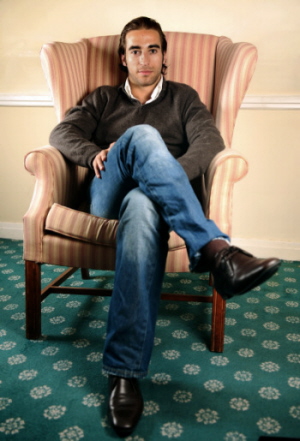 Tottenham are featuring heavily in today’s transfer gossip with rumoury news that they are to bring in a pair of defensive midfielders to increase their options in the middle of the pitch.

A £6 million deal for long-term target Sandro looks to be nearing completion with the Internacional man having agreed personal terms with Spurs ‘in principle’. A work permit is yet to be issued for the 20 year old and some ominous ‘third-party ownership’ issues are yet to be resolved, but Tottenham are hoping to force through the transfer in January.

The most surprising story today though is that Tottenham may also attempt to bring Mathieu Flamini back to the Premier League after the former Arsenal man has struggled to make an impression (having mostly being played out of position) at AC Milan during his stint with the Italian giants. Flamini is understandably desperate for first-team football as he attempts to keep his place in France’s World Cup squad and a move back to England may be the best solution for the talented French work horse, although returning to Arsenal’s bitter rivals will taint his Gooner legacy, for sure.

In further Tottenham news, manager Harry Redknapp is keeping a close eye on developments at Chelsea where Joe Cole‘s transfer talks have stalled. Cole made his name under the current Spurs boss at West Ham and  the droopy faced Bloodhound Redknapp is said to be willing to ‘bust the bank’ by ‘smashing the pay structure’ in a flurry of hyperbole to reunite himself with the midfield schemer.

A trio of intelligent targets there for Spurs. Of the three, I reckon bringing Flamini back to the Prem could be the master stroke, especially if he can be purchased for a cut-price fee. I’ve not seen much of Sandro but from what I’ve read he seems to be a destructive midfielder with bottomless energy reserves and could fit into the Spurs team alongside Wilson Palacios to form a formidable duo.

The Joe Cole story smacks a little bit of filler to me. Even if his negotiations have broken down at Chelsea I don’t think Tottenham would be willing to offer weekly wages that are 70%(ish) higher than their current top earner (Cole allegedly wants £130,000k; Ledley King currently earns around £75,000k).