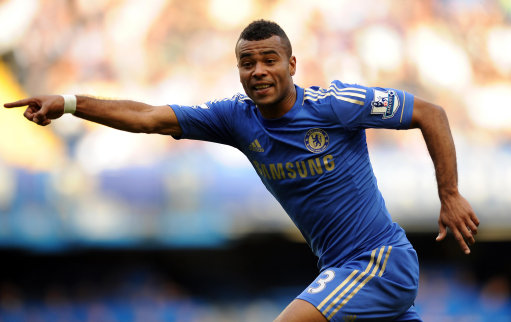 There is warbling in today’s papers (notably the Mail) that Ashley Cole is all but set to leave Chelsea at the end of the season after rejecting the one-year contract extension that has been laid on the table for him – standard club policy for players who are the wrong side of the dreaded (and largely arbitrary) ’30’ hump.

Now, this could well just be standard tabloid waffle to begin the second week of a fairly slow international fortnight, a bit of agent-related agitating or a mix of the two but Chelsea are said to be unwilling to flaunt Abramovich’s ‘No Malingerers’ policy for Cole, 31, whose contract at Stamford Bridge dwindles to nowt next summer.

Bearing in mind this is the club that gave Paulo Ferriera a five-year deal a few months before he turned 30, surely, surely, Cole – who is a model of consistency and very much still up there among the very best left-backs in the world and has been for a decade or more – is worth another two or three years? We don’t think we’re far wrong in suggesting that any other club side in the world would happily take Cole of Chelsea’s hands for nothing.

What do you reckon Chelsea fans? It’s a stone cold no-brainer, right? Surely Cole’s worth bending the rules for?