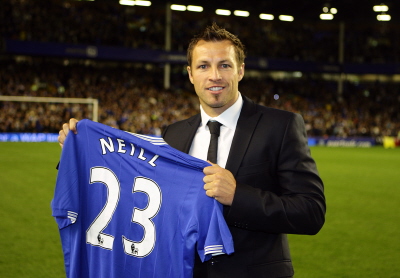 After devoting three-and-a-half long and glorious months to Everton, Lucas Neill is moving on to pastures new. He is set to finalise a deal with Galatasaray today and join up with his new team mates (including compatriot Harry Kewell) on Sunday.

It was reported yesterday that the Turkish giants made a £800,000 bid for the Australian defender who signed for Everton on a free transfer at the end of September and it seems that the quick profit was irresistible for The Toffees.

The deal is yet to be formally announced by Everton as some final details are yet to be agreed upon but Galatasaray have already confirmed the acquisition of  the 31 year old Neill on their website.