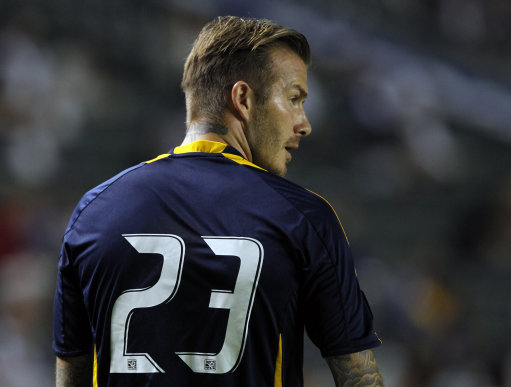 David Beckham has today announced that the season finale MLS Cup Final against Houston Dynamo on December 1st will be his last for LA Galaxy for, after six years playing in La-La Land, he is leaving the States in search of ‘one last experience’ elsewhere before he retires.

“I’ve had an incredibly special time playing for the L.A. Galaxy, however, I wanted to experience one last challenge before the end of my playing career.

“I don’t see this as the end of my relationship with [MLS] as my ambition is to be part of the ownership structure in the future.”

Rumour is that Beckham’s camp are in preliminary talks with a couple of A-League clubs about a short stint down under, with Melbourne Heart claiming themselves that they have nattered with Becks over a ten-game contract – though the man himself has said he has ‘no plans’ to play in Australia formulated quite yet.

Assuming the likes of AC Milan won’t be interested this time round as Beckham has openly stated he’s winding down his career, we’ll have a shiny groat on him turning up in Australia before long as part of their current profile push.

Who knows, he may even get his very own Heskeycam? 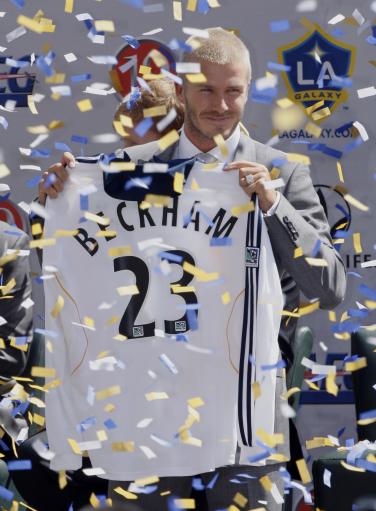 Beckham has certainly done his bit for the MLS, using his profile to help swell interest in the league – even if it was a little starry and schmaltzy to begin with. Beckham was a celebrity who just so happened to play football and he was used as such.

Whether he revolutionised the league, which was and is slowly going from strength to strength anyway, is another matter – though his presence surely helped precipitate the arrival of other big name players (Thierry Henry, Rafa Marquez and to a lesser extent the likes of Robbie ‘unidentified fan‘ Keane) who suddenly saw American soccer as a credible, lucrative alternative.

For that, he deserves a pat on the back, surely?