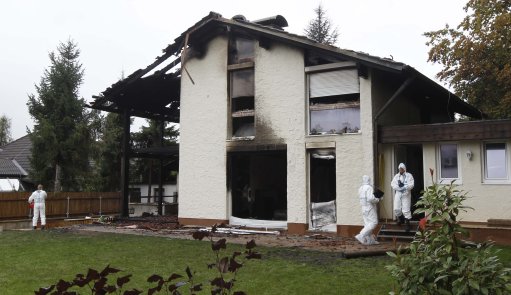 Having already snaffled up Lucio after he was jettisoned by Juventus last week, Sao Paulo are obviously in the market for defensive cover at the moment and it would appear that they are scouring every available option – including those Brazilian centre-halves who are currently in jail in Germany for burning their own houses to a cinder.

To be fair, they’re aren’t that many.

That’s right. Sao Paulo have reportedly sealed a deal to sign Bayern Munich defender Breno, who is currently six months in to a three-year-and-nine-month jail sentence having been found guilty of arson after burning down and causing €1 million’s worth of damage to his rented villa in Gruenwald, Munich back in September of 2011.

It is thought that he was suffering with depression and alcoholism at the time after struggling to come to terms with his seemingly endless injury problems.

Breno has apparently agreed (but not actually signed) a three-year contract to re-sign with Sao Paulo which, of course, means that his deal with the Brazilian club could come, go and expire while he’s still inside – though it’s being reported in Germany that the 23-year-old centre-back is in line for an early release and could be out by as soon as January 2013.