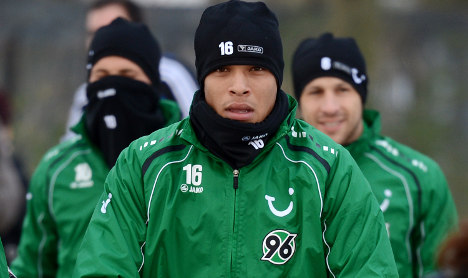 Hannover 96 have found themselves quite literally short-changed by new signing Franca after discovering that the Brazilian midfielder is a full 9cm (3.5 inches) shorter than they had been told.

Coach Mirko Slomka noticed the discrepancy when he, standing at 1.87m tall stood next to the man he’d been told was 1.90m and found that he could see the top of the Brazilian’s head.

Out came the tape measure and soon Slomka was left in no doubt, telling Bild: “What can I say? I was surprised. The one criterion had been to pay attention to [Franca’s] body size.”

Hannover signed Franca from Criciuma for €1.3 million a week or so ago, with director of sport, Jorg Schmadtke, announcing on the club’s official website that Franca was “1.90m and 88kgs” with a “physical presence he brings with great passion into his game,” so you can see how Slomka may have got the wrong end of the stick.

Let’s hope they kept the receipt!