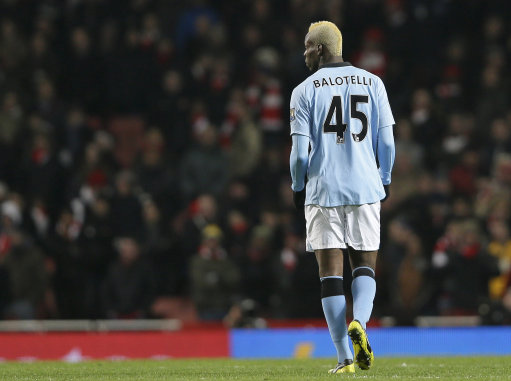 Let’s just clear one thing up before we start: by ‘flog’ we mean ‘sell’, though we suspect that there are more than a few City fans out there who’d welcome the chance to thrash Mario with pickled birch rods given his recent form.

With Milan known to be sniffing, Manchester City would appear to be in a viable position to offload problem child Mario Balotelli back from whence he came this month – though with only a couple of day’s worth of window left, they’re facing a somewhat of a hurried decision.

Let’s face it: City must be sorely tempted. Balotelli’s been the square root of anonymous for them for months. He’s neither use nor ornament. There have been the same old periodic flashes, but his demeanour – the studied sulky caricature he plays when he crosses the white line – sucks all of the sparkle out of his game. There’s just no payoff.

Whenever selected, City have been left fielding ten men + one moping, tempestuous Mario. 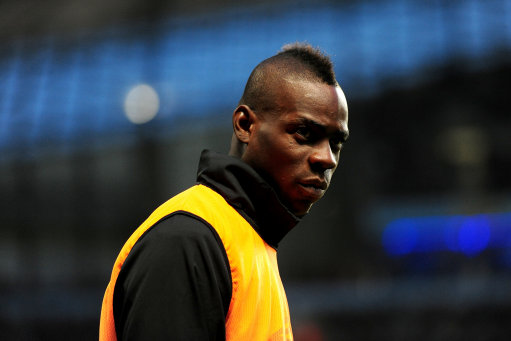 The counter argument is that Balotelli is positively groaning with potential and that alone should be worth investing in as far as City are concerned, though we’d stress that ‘potential’ is worth approximately nada if it’s not going to be realised any time soon.

Sure, we’ll miss the sporadic ‘madness’, but one thing’s for sure: Mario Balotelli hasn’t entertained us on a football pitch since Euro 2012 as far was we can recall. That’s just not good enough for someone so bolshy.

Balotelli’s had more chances than he deserves to prove his worth, capitalising on the ersatz father/son relationship he has with Roberto Mancini. Where other managers would have cut him adrift, Mancini continues to have undying faith in his boy, his project – though there are higher, executive powers at work now.

We’re led to believe that the two parties are ‘discussing the sale’ today and, should Milan quit with their ‘subsidised loan’ nonsense and stump up the £20-ish million that City are chasing, would you blame them for washing their hands? “Hey Silvio, he’s your problem now.”

What say you Pies people? Time for Man City to cut their losses?