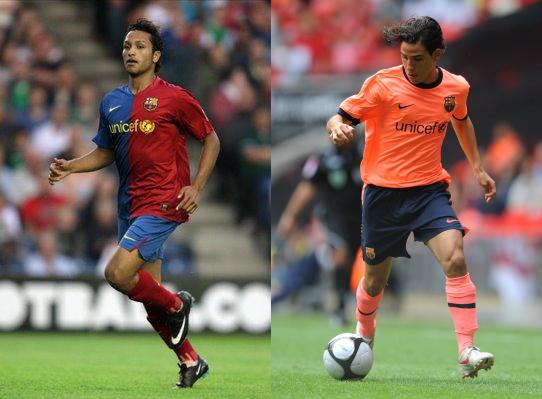 A host of Prem teams are following yonder starlets

Spanish giants Barcelona may have a fight on their hands to keep two of their most promising young stars at the Camp Nou. It has emerged that both Jeffren Suarez and Gai Assulin are being coveted by a flock of Premier League teams.

21 year old Jeffren has reportedly received offers from Everton, Blackburn Rovers and Wigan Athletic for him to swap life in the Barca reserves for a more realistic shot at first team football in England. The young midfielder looked to be verging on breaking into the starting eleven at the Catalan club at the beginning of last season, but the emergence of Pedro has left him struggling for games this time out.

Also, Arsenal are said to be very keen on adding Assulin to their ranks, as cover on the left is a little thin on the ground at The Emirates at present. The 18 year old Israeli international – who can play on either wing – is highly prized at Barcelona but his current deal expires in the summer and Arsene Wenger is hoping to tempt the prodigious starlet to The Gunners.