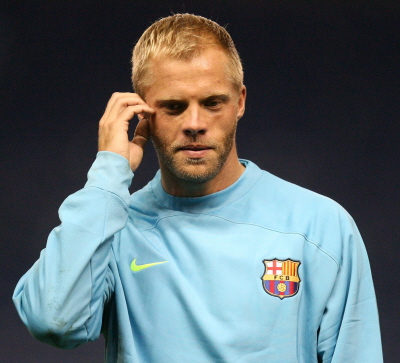 Eidur’s in a dilly of a pickle

Tottenham Hotspur now look favourites to sign Icelandic striker Eidur Gudjohnsen from AS Monaco. ‘Guddy’ was within hours of becoming a West Ham player yesterday, but an identical bid – lodged late in the day – from Spurs left the former Barcelona man with a straight choice between the two clubs, and it now seems that he favours a move to North rather than East London.

David Sullivan has made his feelings over the gazumping crystal clear, and it appears that the new West Ham co-owner is a tad peeved with Spurs, saying;

“We thought we had a deal and the player had even had a medical. We then heard that Tottenham were trying to speak to the player. I can’t say I am happy about it but I believe in Karma and what goes around, comes around.”

Not a happy bunny then.

Tottenham will make room for Gudjohnsen by finally allowing Roman Pavlyuchenko to join Birmingham City. Brum have reportedly agreed a fee with Spurs (believed to be about £8 million plus add-ons) and are now trying to negotiate personal terms with the Russian forward.