Rumours, like the corners of my mind. Here’s the round up… 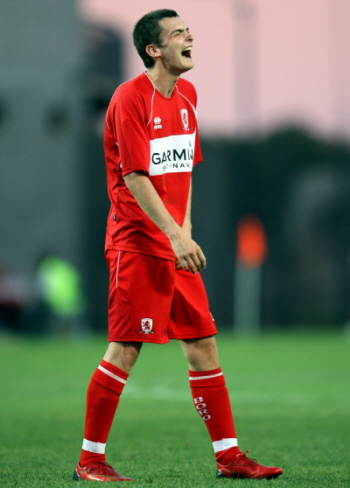 Rumour No. 1: Manchester City have seen their latest bid for Middlesbrough winglet (winger + starlet) Adam Johnson turned down as the England U21 man has apparently vowed to stay at ‘Boro and help get them back into the Premier League.

City have already seen a bid of £4 million for Johnson rebuffed by The Teeside club earlier in January and it is though that their latest offer is nearer the £6 million mark. 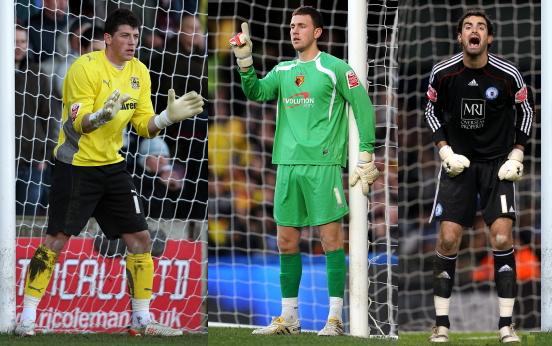 TRIO! TRI-I-O! I wanna trio and I want one now!

Rumour No. 2: Spurs are featuring fairly heavily in the gossip columns this morning. It has been reported that ‘Arry Redknapp is desperate to bring in some goalkeeping cover and has targeted a trio of The Football League’s leading lights as potential cover for Heurelho Gomes.

Coventry’s Keiren Westwood, Watford’s Scott Loach and Peterborough’s Joe Lewis are all said to be high on the Tottenham manager’s wish list.

The Best of the Rest: Arsenal youngster Jack Wilshere is on the verge of finally completing his loan move to Bolton.

Vasco De Gama have distanced themselves from speculation linking AWOL Man Utd midfielder Anderson with a move to the Brazilian club.

Wigan boss Roberto Martinez has confirmed that the club have received ‘insulting’ offers for Honduran full back Maynor Figueroa.

Dirk Kuyt‘s agent has dismissed claims that the Liverpool forward will be joining Juventus in the summer.

West Ham are preparing a big money bid to sign both David Bentley and Alan Hutton from Tottenham.

Inter Milan’s Luis Jimenez has ended his loan at West Ham and returned to Italy. The Chilean has immediately been loaned out again to Parma.

Portsmouth have made Spartak Moscow winger Quincy Owusu-Abeyie their first signing after the club’s transfer embargo was lifted. The former Arsenal and Birmingham man has joined Pompey on loan until the end of the season.

Birmingham City have confirmed that defender Martin Taylor is in talks with Newcastle United over a possible loan switch.

FC Basle striker Marco Streller has told Swiss media that he has rejected a £6 million move to Fulham.

Reported Liverpool target Jeremy Menez (currently at Roma) is mulling over a move to Zenit St. Petersburg that would see him reunited with former Giallorossi coach Luciano Spaletti.