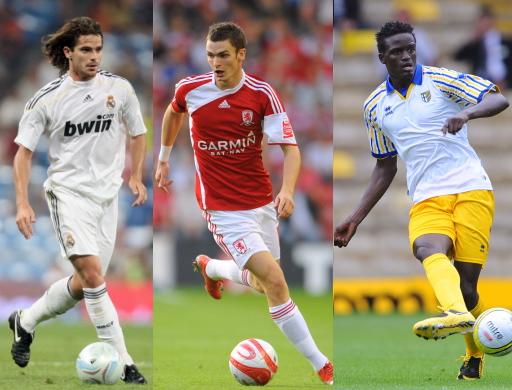 First off the bat is a £20 million offer for Real Madrid’s Fernando Gago. City manager Roberto Mancini has already seen two bids rejected for the Argentina international and is ready to make one last blockbuster offer to get his man.

Secondly, Mancini is hoping that a final £6 million bid for Middlesbrough’s Adam Johnson will be enough to entice ‘Boro into allowing their top asset to leave the club. Man City may, however, face competition from Blackburn Rovers, Chelsea, Wolves and city rivals Man Utd for the signature of the England U21 star.

£33 million well spent? Or just another insignificant drop in the Mansour ocean, spluffed like it was nothing?