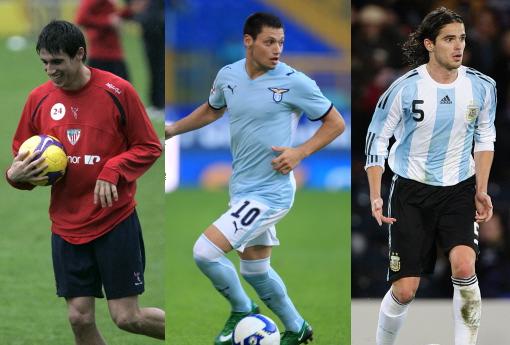 Manchester City are to spend big – and I mean really big – in the summer if reports regarding their supposed transfer targets are to be believed.

Firstly, City are to lodge a €30 million bid for Athletic Bilbao’s highly-prized midfielder Javi Martinez. The 21 year old has been repeatedly linked with a move to the Premier League with Liverpool previously seeming the most likely suitors, but Bilbao’s high valuation of the Spaniard priced Rafa Benitez out of a move – whereas Sheikh Mansour surprisingly doesn’t seem to mind quite so much.

Secondly, City will be searching for a replacement for Robinho – who has probably played his last game for the club – in the summer and one name firmly in the hat is that of Lazio’s Mauro Zarate. The exciting Argentinian striker can also play on the left and a £20-25 million offer for the 22 year old should see him returning to the Premier League come August.

And last but by no means least, City are also to revive their pursuit of Real Madrid’s holding midfielder Fernando Gago after The World Cup. The Argetinian came close to completing a deadline day switch to Eastlands but time constraints eventually scuppered the deal. However, Roberto Mancini is still very keen to make Gago a Manchester City player and had informed Real Madrid that City’s £18 million bid will still be on the table when the transfer window opens again.