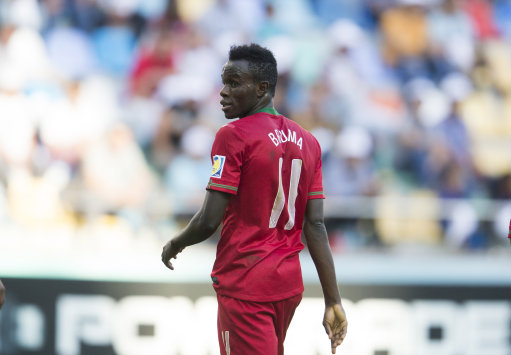 Having lit up the FIFA U20 World Cup over the past couple of weeks with five goals and a flurry of impressive performances, the world and his dog have found themselves linked with Sporting Lisbon wunderkind Bruma of late – though it’s the interest from Chelsea being mooted which is giving Sporting fans sleepless nights at the moment, with Jose Mourinho thought to be very keen to acquired the €10million(ish)-rated Portuguese winger this summer.

Indeed, Sporting fans are becoming so nervous that they may lose Bruma to Roman Ambramovich’s all-engorging Blue behemoth (Galatasaray are known to be tailing him too) that a group of them began an online campaign to make sure their 18-year-old prodigy stays put – by kidnapping him.

Bruma’s agent, Catio Balde, has told Portuguese radio station Antena 1 that members of a Sporting supporters group known as ‘Juve Leo’ attempted to snatch his client from his hotel last night, also implying that the whole thing may have been an inside job on Sporting’s part:

“Last night there was an attempted kidnap of Bruma by Juve Leo at the hotel where he lives. We have registered a complaint with police and we have been informed it was done at the behest of Sporting’s management.

“We have pressed charges. This is a very serious and unpleasant matter, and it led to this decision.”

According to several sources, Bruma is reportedly now keen to terminate his Sporting contract and is hoping that FIFA will intervene and assist him to do so – leaving him free to join another club thus screwing Sporting out of receiving a fee for his transfer.

How very convenient. Maybe we’re looking at an “inside, inside job” here, where a hypothetical player’s hypothetical agent stages a kidnapping, blames his hypothetical club and is then free to hawk his wares to whomever he so pleases?

Any road up, it would appear that things are about to get very ugly.