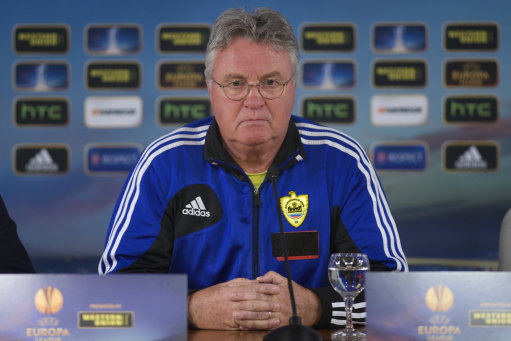 Word on the wire is that Guus Hiddink is all but set to take over the recently-vacated managerial opening at Barcelona after abruptly quitting as coach of Anzhi Michaeljfoxkala this afternoon.

Anzhi accepted Hiddink’s resignation and duly did the whole “future endeavours” thing via a statement on their official website before almost immediately swearing in former Manchester United first team coach Rene Meulensteen as their new head coach – which was Hiddink’s official job title at the Russian club.

The wheels are now thought to be in motion, with some speculating that Hiddink could be unveiled as the new Barca boss by this evening – though knowing Gus, it’ll probably be on an interim basis.

Wow. What do you make of all that then?