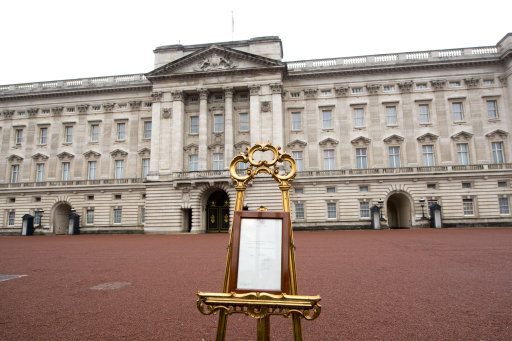 “Hear ye, hear ye! The princess has shat out a 8lb nipper!”

A doff of the cap is definitely due to newly-promoted Championship side Yeovil Town, who have taken there cue from the silly golden easel ceremonially placed outside Buckingham Palace to announce the birth of Royal babies by using their very own version to announce the club’s glorious loan signing of Swansea centre-half Alan Tate… 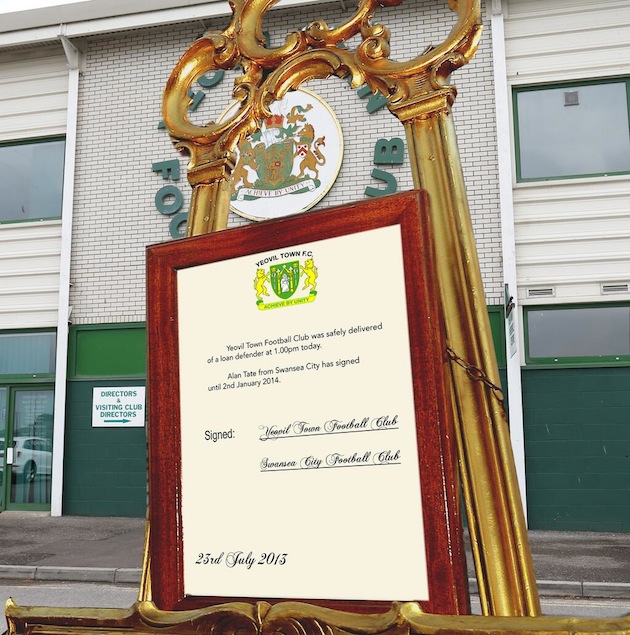 Why, it’s even made the BBC’s utterly fawning and ghastly Royal Baby Celebration live feed ticker.