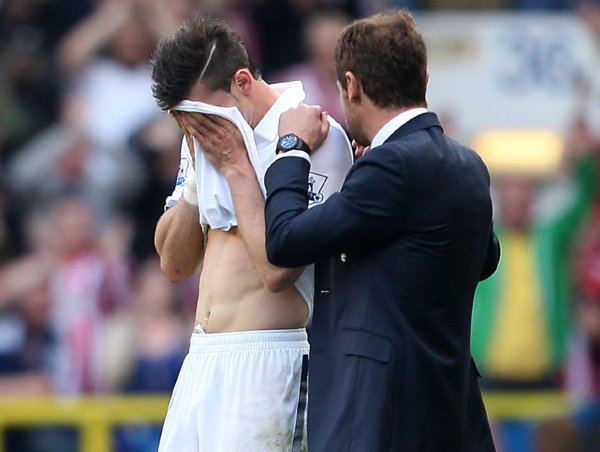 “We’ve still got Adebayor, and Sandro will be like a new signing!”

Proof if proof were needed that a well-timed bit of agent agitating = £££, Tottenham boss Andre Villas-Boas has confirmed that the club are currently ensconced in talks with Gareth Bale over at new contract at White Hart Lane in a bid to stop Real Madrid loitering with intent.

Eeep. Nothing concrete yet.

Most of the papers seem to think that Spurs are trying to cobble together a “double yer money” deal for Bale, inflating his wages from £75,000-a-week up to somewhere between £150-170,000-a-week, with Spanish rag AS reporting that Daniel Levy will only listen to bids above and beyond £100million for the Welsh winger.

This is getting silly now.